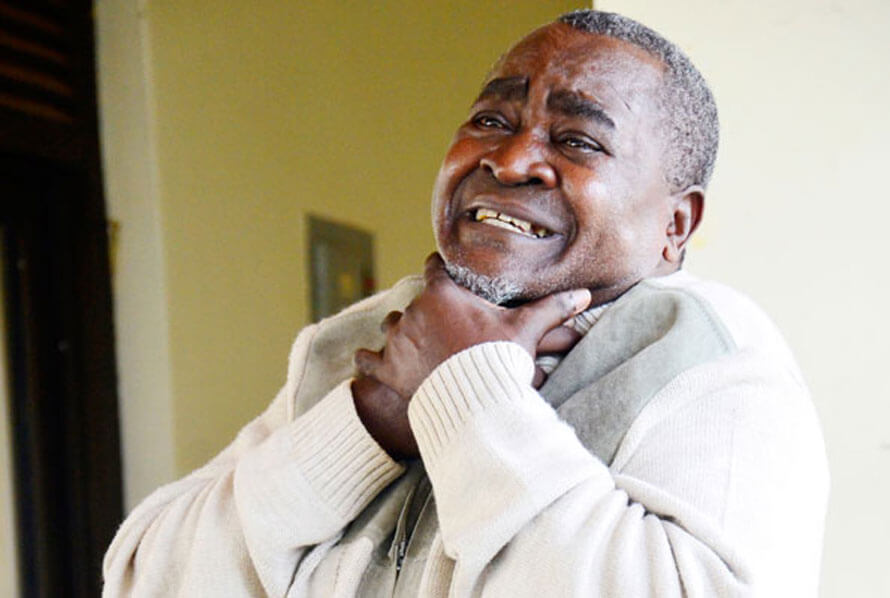 Former vice-president Prof. Gilbert Bukenya has scoffed at Ugandans accusing him of flirting with girls as young as his children, saying they can go hang.

Bukenya, whose wife, Dr Margaret Bukenya, filed for divorce recently accusing him of adultery, said nobody will deny him his freedom to have fun anywhere, anytime with anyone he wants, including the youngsters.

The professor of medicine made the remarks in an interview with Buganda Kingdom’s TV channel, BBS Terefayina, after a journalist asked him whether he is not offended by the endless media stories of his hang-outs with young girls.

“Am I cursed that I cannot socialize and have fun with anyone I want in Uganda? Do I have to first hide in a forest to host my friends for fun?” Bukenya asked the journalist.

Prof. Bukenya, who has accepted to divorce with Margaret, also said recently that he had separated from his wife for a long time and was not a priest to live a celibate life.

The two have been married since 1982. Bukenya has been in the media pictured hugging and kissing young women. Citing the research he had done, Bukenya said the old must blend with the new lest the old rusts and ebbs away.

Citing President Yoweri Museveni’s association with the youth in politics, Bukenya said for the old to remain active, they need the young to help them.

Irene: Bukenya was a good business, I enjoyed him