Home Life Style “Go Fu*k Your self” Sheeba spits fire as her break-up with Jeff... 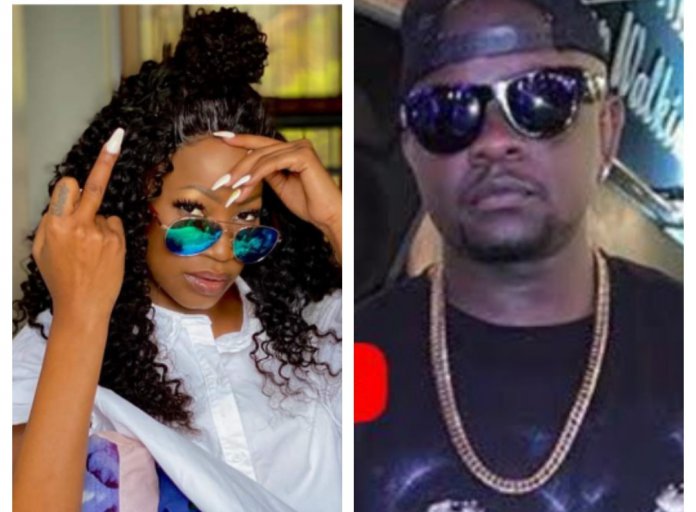 Celebrated diva Sheebah Karungi aka Queen Sheebah is no longer on good terms with her boss Jeff Kiwanuka aka Jeff Kiwa, the Team No Sleep (TNS) boss.

A word from our insiders is that Sheebah fell out with Jeff a few weeks ago, after accusing him of allegedly pocketing yet to be specified dime from her bookings without sharing with her.

Following the fallout, our Spy reveals that   Sheebah has since secretly hired new management known as SC Events to promote her new single titled ‘Ekyaama’, which she released without Jeff’s input.

This week Sheebah also posted a message on her Facebook wall, which has since been construed by many of her fans as being directed at  Jeff Kiwa,

It reads thus; “Stop expecting loyalty from people who can’t even give you honesty.”

In another post-Sheebah wrote;  “I got no time for drama this year. Respect me, I respect you. Disrespect me or my business, f*** You.”

Reports have been doing the rounds of how singer Sheebah was secretly feuding with longtime manager Jeff Kiwa not only over money but also her house in Munyonyo.

Although Sheebah maintains that she personally owns the house, there ate reports that Jeff Kiwa also claims to have a stake in the mansion.

However, other sources reveal that construction of the multimillion crib was financed by Sheebah’s South Africa based secret funder, only identified as Hassan, although Jeff contends that he contributed heavily to its construction.

But besides Jeff and Hassan, FUFA President Eng. Moses Magogo is also cited among the people who bankrolled and brokered the deal that enabled Sheebah to acquire land in Munyonyo, where the mansion was built.

Actually, Magogo was the Chief Guest on the night Sheebah did a house warming party at her new crib.

All that put aside, it is not clear whether Sheebah has all documentation for the property to avoid an ownership battle with Jeff.

It should be recalled that Jeff Kiwa got involved in a similar war with late singer Mowzey Radio and Douglas Mayanja aka Weasel, during the time he was managing the duo under Goodlyfe crew.

To date, Jeff and Weasel are still battling over the Goodlyfe  Neverland mansion in Kizungu, Makindye, and other property which Jeff claims to have a stake in, despite having fallen out with the singers long before Radio died.