Home National News “Don’t Force or advertise Gays on us” – Museveni tells off The... 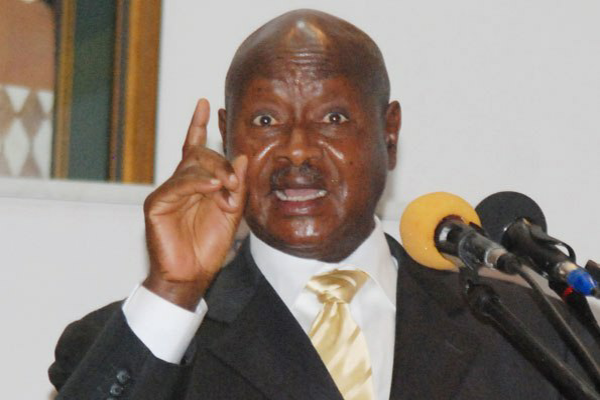 President Yoweri Museveni has warned the western world against “advertising” homosexuality as a way of life in societies that do not share similar sentiments.

He said the African setting has traditional ways of interacting with the isolated cases of gay people without persecuting them, but the practice should not be promoted.

“Our laws criminalize these habits but we have been ignoring them (homosexuals) so we are warning these westerners not to provoke the majority of society by fronting it as something that we appreciate,” Museveni said.

Although the acts are illegal in Uganda, Museveni revealed that in a meeting with the UNAIDS executive director, Winnie Byanyima, yesterday, he acknowledged that the Government has been deliberate to neither scrap nor reform the laws.

“We have a cultural way of dealing with this phenomenon without hunting them down because we have always known that there are people who practice homosexuality. But some western countries now want to advertise it and force us to acclaim it as an alternative way of life, which we do not accept,” Museveni added.

Uganda’s law books make homosexuality illegal but efforts to make the provisions more stringent with a death penalty have been quashed by courts.

The President has previously noted that gay people should not be killed or persecuted but the acts should as well not be promoted.

He made the remarks yesterday while officiating at the swearing-in of the newly appointed Principal Judge of the High Court of Uganda, Dr. Flavian Zeija and three other justices to the Supreme Court.