Home Life Style “Debts are Killing me, I need Museveni to help me out” -King...

It is about three weeks since Michael Mugwanya a.k.a King Michael staged his ‘Best Of King Michael’ concert at Freedom City Hall.

The concert, which flopped, threw him into debts with several money lenders.

Recent weeks have seen the ‘Muko Muko’ singer hiding from the public because he is wanted by several money lenders who reveal that he has not yet cleared the debts he accumulated in holding the flopped concert.

He was however seen at Kampala Serena Hotel on Friday at Catherine Kusasira’s ‘Tears Of A Woman’ concert.

It was when Catherine Kusasira started directing his people to go and greet the president that Michael seized the opportunity.

He went as part of golden production and shook the president’s hands while whispering in his ears.

A picture of him having a chat with president Yoweri Kaguta Museveni went viral and rumors have it that he asked the head of state to help him financially.

While appearing on Spark TV’s Live Wire, the singer confirmed that he is indeed chocking on debts and he needs help from the president who should come to his rescue because he is an ardent supporter of his political party, the NRM. 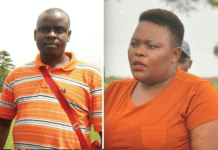 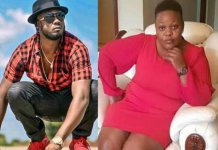