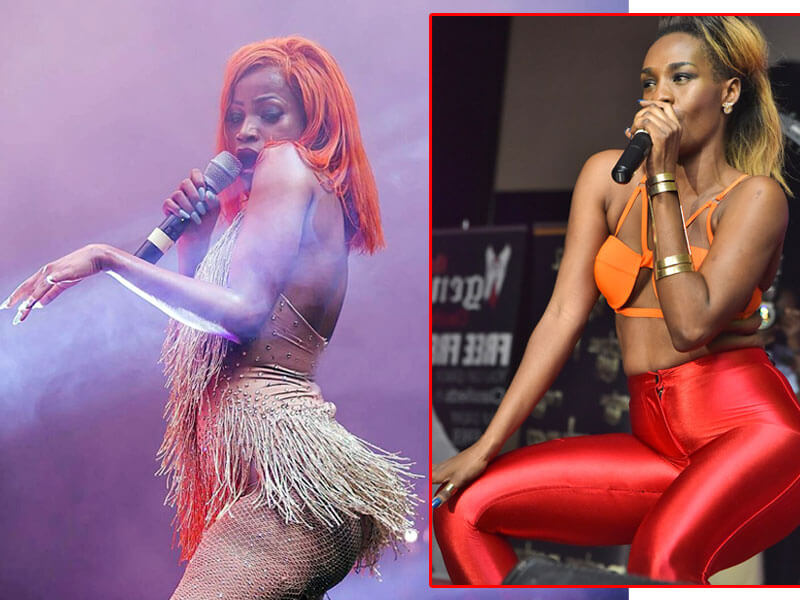 There was a time when beef would sell in Uganda. Perhaps borrowed from how the controversial enmity between American Hip Hop legends Notorious BIG and Tupac sold records for both the artistes, Ugandan promoters sooner learned to fuel beef towards concerts.

It is for this reason that when Cindy attacked Sheeba, during a TV show, where she referred to her as a dummy, many were quick to speculate. And while the truth hasn’t been said, the beef seems to be causing a prominent shi in the music industry.

Amidst all the controversy surrounding being called a dummy and Sheebah clapping back with owning mansions in Munyonyo, the only person that has been a­fected is Sheeba. According to music promoter Unik Javenile of Unik Talent Management, Sheeba has lost the plot.

“She released a very lousy song in Jealousy and when Cindy released Copy Cat, a very well put-together jam that serves both the dancing and listening purposes, she then released Kimansuulo Ku Mimwa, which is also lousy. It sounds like something a P.1 kid would do,” Unik said. ‑ the comment thread of her video of Kimansulo Ku Mimwa on Facebook has many comments of former Sheebaholics. “Honestly I love you Sheeba, but these songs are trash,” one read.

“Sheebah I love you and your music so much that I have ever requested for a sele with you. However, sincerely speaking, this song isn’t good at all. It seems you did it in a hurry. Don’t promote or release it,” wrote Martin Ayishakye.

“You are burying yourself. Take some time to­, go to Dubai with Jeff­, get pregnant and have a baby. During that time, apologize to King Cindy and tell her she’s a class apart. After her forgiveness, go back to the studio and start producing your funky music that we enjoyed back then. You are working under pressure, beef, ego and with no talent. You are not doing well,” ranted F Florence Okoda.

The only thing that could push Cindy and Sheeba now is good music. ‑ the likes of Vinka, John Black are selling right now because of originality. ‑ the public stunts don’t work. I even offered money for a concert (sh100m). Sheeba and Cindy would take 50M each. ‑they rejected the o­ffer,” Balaam Barugahare said.

“My song Copycat is not about Sheebah. Sheebah alone can’t influence me to do a song. But the industry is filled with a good number of them. ‑ there is no originality. No one takes time to create, hone or perfect their craft.

The fans are being harsh on Sheebah. It is true that the fans have grown to a number that she can’t represent without growing her musicality.

She needs to train more and improve. ‑ the battle concert thing was something I agreed to initially. A friend advised me, and I figured it would be a good business venture, but Sheebah chickened out, so it is no more.

Efforts to reach Sheebah were futile.