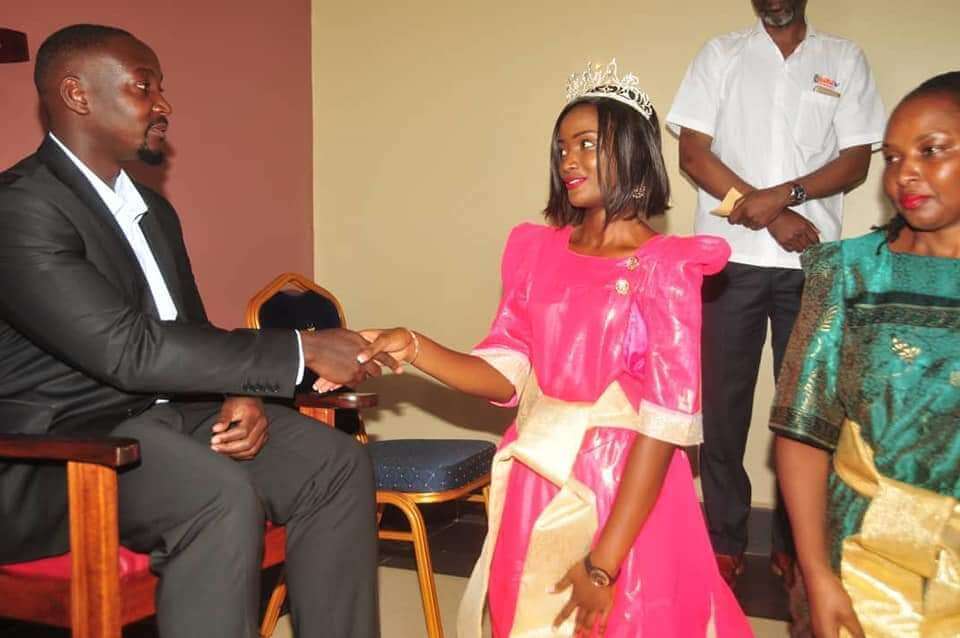 It is very rare that subjects openly share their opinions about a king in his presence. ­ This, however, happened at the Twegaite International Convention 2019 at Westin Hotel, New Jersey in the USA last week.

His Majesty William Gabula Nadiope, IV, the Kyabazinga of Busoga’s subjects in the diaspora beseeched him to marry beauty queen, Quinn Abenakyo as a matter of urgency. Abenakyo was in attendance and was one of the awardees of the night.

Also in attendance were Hon. Paul Akamba, who represented Rt. Hon. Rebecca Kadaga; Twegaite International President Julie Mugulusi and Uganda’s permanent representative to the UN Ambassador Adonia Ayebare, among others. For most of Kyabazinga’s subjects in the diaspora, the reasoning is that the chemistry is there, although the 31-year-old monarch is giving mixed signals. ­

They want the most beautiful Musoga fast-tracked into royal life. Word has it that she is being microscopically watched. So determined are they for it to happen that a picture of Quinn Abenakyo casually greeting a dressed-down Gabula is doing rounds on social media.

The king, dressed in a NY Knicks varsity Jacket gazes at Quinn in a love-lorn manner. ­ eir twitter activity is also very telling. ­ e king’s official handle @KingGabulaIV is deliberately promoting Quinn Abenakyo’s activities. We have learnt that those hoping for a miracle union are eagerly monitoring events.

On June 22, the king will host the Kyabazinga Royal Banquet of Honour at his Igenge Palace, where he will honor Busoga’s outstanding personalities. Interestingly, Abenakyo is the face on the Banquet poster, which is causing many to read between the lines.

“But why all this kwebuzabuza (beating around the bush)? Let’s confirm that this angel will be our Innhebantu (queen consort). Prayers just,” a one Adam Waiswa Sayyed wrote.

Others have gone ahead to suggest a speed gun wedding is in the o‑ ng, following claims that Abenakyo is pregnant by Gabula.