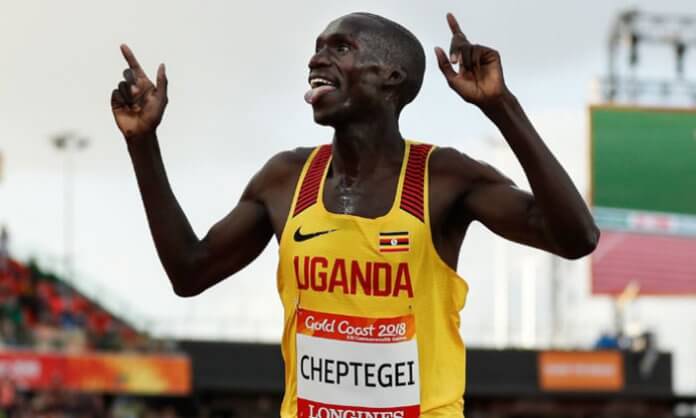 The pressure is on but so is an Olympic gold medal. Or two! So, what’s the plan for Joshua Cheptegei?

Well, a low-key build-up with a single competitive outing before the 2020 Tokyo Olympics. Oh yes, he is also sure he will run the 10000m. For now at least.

“I will only compete in the World half marathon in March before the Olympics,” Cheptegei told Our reporter yesterday from his training base and home in Kapchorwa.

The reigning 10000m world champion and world cross country champion is bracing himself for the time of his life as he looks ahead to an Olympic quest that could rewrite the record books and immortalize his legend.

Cheptegei will be the favorite for 10000m gold at the Games that will be held in Japan from July 24 to August 9 but he is still mulling about competing in the 5000m too, a decision that would stretch him but also put him in position to become the first Ugandan to win two Olympic medals, moreover at the same event.

It is a tantalizing prospect but for now, Cheptegei is still weighing the pros the cons. “For now I can only confirm I will run the 10000m,” Cheptegei said.

Cheptegei opted out of the 5000m at the 2019 World athletics championship despite winning the star-studded IAAF Diamond League 5000m Final, with what would be a better time than IAAF World Athletics Championships 5000m gold medallist Muktar Idris Clearly, Cheptegei is tempted to go for both races even though doing so would mean piling 10000m on his mileage before competing in his favorite 10000m race.

Britain’s Mo Farah, who did the Olympic 5000m and 10000m double back-to-back are returning to the track for the Olympic 10,000m while there is no shortage of Kenyans or Ethiopians baying for Cheptegei’s blood.

But for a man who runs from the front, the thump of chasing pack will be music to the ears.