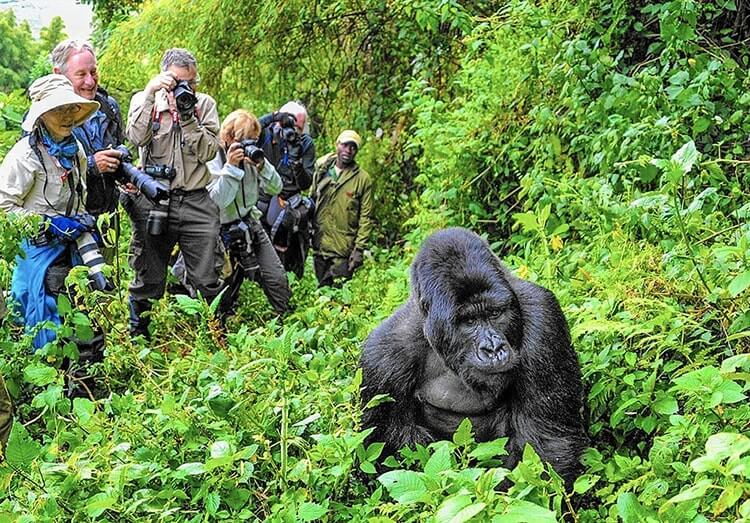 In the search for mountain gorillas, tourists have to hike the mountainous landscape where Bwindi Impenetrable National Park sits. This is something that has been celebrated by tourists and consequently the Cable News Network (CNN) has ranked Bwindi among the top hiking destinations globally.

According CNN Travel, Bwindi is rated 15th among the 23 top destinations that are most suitable for hiking.

“Wildlife walks do not come more fascinating than a trip to Uganda’s Bwindi Impenetrable Forest, where you can get up-close and personal with the area’s mountain gorilla population,”

As part of a wider itinerary, the visitors are taken on hikes across the forest to meet habituated gorillas used to the presence of humans, according to CNN Travel. According to the World Conservation Union (IUCN), mountain gorillas are regarded as critically endangered species, meaning that if nothing is done to protect them they will become extinct.

There are four locations for tracking gorillas in Bwindi. These are Buhoma, Ruhija, Rushaga and Nkuringo. According to Uganda Wildlife Authority (UWA) the four locations had about 18 families as of December 2018. Only eight visitors are allowed to view the gorillas for one hour per day and the participants must be aged 15 and over.

The tourists are accompanied by UWA guides while tracking the gorillas. Tracking the gorillas can last from a few hours to a whole day, depending on how far the group has moved since it was observed nesting up the previous evening. Tracking permits are bought prior to tracking by booking directly with the reservations’ office at UWA headquarters or through a reputable tour agent. Permits can be paid for up to two years in advance.

A gorilla permit in Uganda costs $600 (about sh2.2m) per person, while neighboring Rwanda permits go for $1,500 (about sh5.5m) per person for one hour watching gorillas in the Volcanoes National Park. In 2017, CNN named Bwindi as one of the five best parks in Africa.

They pointed out that Bwindi is where visitors can encounter mountain gorillas in a safe and secure place. Bwindi was also recognized as the best birding destinations in Africa and also as one of the most unusual honeymoon destination. This ancient forest is a UNESCO world heritage site known for its natural wonders, rugged beauty, the only park where gorillas and chimpanzees coexist.

Bwindi is home to more habituated gorilla families for visitors than any other park in Rwanda or Congo. Habituation is a process of making primates to get used to human presence while retaining their wild character