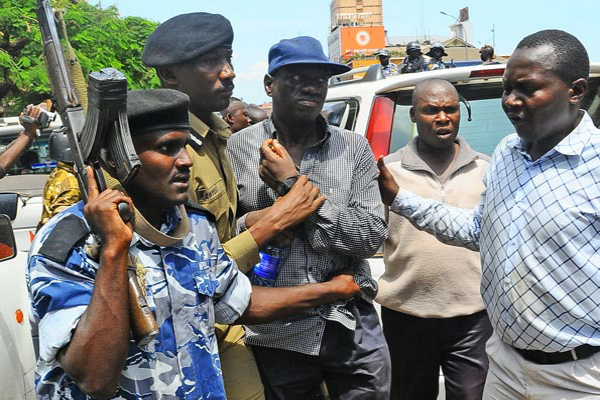 Dr Besigye was intercepted at the new Nile Bridge and arrested alongside the councilor for Bugembe Town as they led a procession to Busoga One FM radio for a talk show.

This is the second time in three days that Dr. Besigye is being arrested in Jinja.

On Monday, the four-time presidential contender was arrested in Jinja Town and detained at Nalufenya Police Station. Other FDC party leaders including Mr. Amuriat were also arrested in Soroti and later released.

They were accused of holding illegal activities without seeking authorization from the police force.

Dr. Besigye, while responding to his arrest on his Twitter handle, said they were taken out of Nalufenya Police Station and driven under tight security to his residential area, Kasangati in Wakiso District.

“Abusing our rights will be very costly for the NRM junta. No turning back. This is 2020, the year Ugandans must do everything to regain their rights, ahead of the next election. Without rights, Ugandans have no vote. This is our message to FDC’s 15 years,” Dr. Besigye said.

“If you obstruct us, we obstruct you; push us, we push you-double, double! That is what happened yesterday and we shall not stop,” he added on Tuesday.

He said police cleared their first national celebrations last year at Namboole Stadium because they followed the right procedures.

“If they (FDC) want to continue with their celebrations, they should formally write to the police so that they are given security. When they go outside in open places to conduct their rallies like they were trying to do in Jinja and in Soroti districts, it requires that they formally notify us, but they did not. We have been working with them but sometimes they tend to ignore these to drag police in running battles,” Mr. Enanga said. 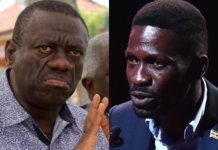 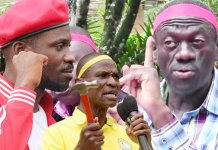