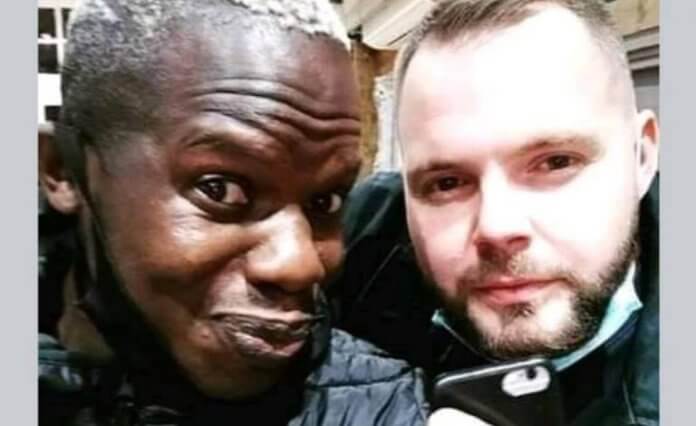 The nation was surprised and social media set on fire when news came out showing that uganda’s comedian Afande Kere Kere is interested in Back-Passes.

In the recent shocking news, Kere Kere has shared on his Instagram that he is set to marry his newly acquired male sexual partner to enjoy drilling themselves

The picture below portrays the comedian, media personality and Rugby referee, George William Mulindwa aka Afande Kerekere as a proud gay member and die hard civil activist something which stunned his followers back in February.

The former Galaxy FM and Bukedde TV presenter made the revelation while appearing on ‘Out & Proud African LGBTI’ Facebook page wearing an orange T-shirt written on ‘We exist’.

On his Instagram, he shared pictures having fun with fellow gays and to confirm he meant business. Kerekere left his wife and kids in Uganda and decided to settle in the UK.

Nine months down the road, Kerekere has landed a white male lover and inside sources say they are planning to walk down the aisle in the coming Fall of 2021

Kerekere is not the first Ugandan to declare himself gay, Rapper Keko who stays in Canada came out and confirmed she is gay.