Home Life Style VIDEO: Weasel Manizo in a Bitter Fight with His Brother Curses Him... 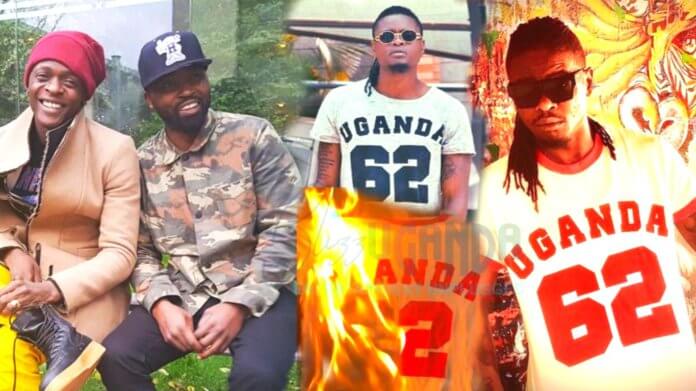 Henry Kasozi is a asecond born in the Mayinja family followed by Chameleone, Pallaso, weasel and the youngest being AK47.

Weasel recorded himself whilst burning his brothers FlingFire T-shirt and other valuable clothes. In this same video he uploaded on his Instagram account, Weasel is heard calling Henry sorts of names which included accusing him of being a user who gives no damn or attention to his blood brothers

Weasel also went ahead and called his elder brother of being someone who only uses them to make money followed by a number of other abuses while calling him out.

” I don’t deal with dirty mind🔥🔥🔥🔥🔥🔥 #idontbuyit🦠🦠🦠🦠 #flingfire💥💥💥 I love #Uganda but not de devils in it #stayhome“- Weasel captioned the video clip.

I am not a mole all I want is Museveni to go, says Chameleone