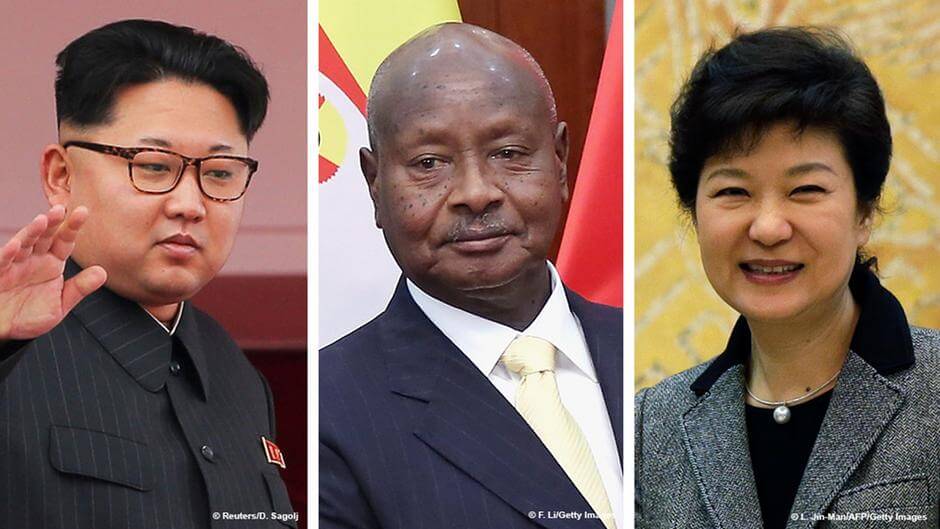 A US diplomatic envoy in Washington recently told African journalists on a Northeast Asia Reporting Tours Programme that the UN set January 1, 2020, as the deadline for countries, including Uganda, to cut ties with North Korea.

Diplomatic sources said some of the sanctions awaiting Uganda if the country fails to comply with the benchmarks regarding North Korea that the envoys have put on the table, include freezing of assets, travel bans on government officials and a ban on Ugandan exports to the US and the European Union markets

The UN report also stated that senior officials of Uganda’s Ministry of Defence may have been dealing with KOMID( Korea Mining Development Trading Corporation ). “The involvement of such officials in this activity is significant and warrants close scrutiny.”

In 2017, the Government confiscated a vehicle registration number CD 59 20U of the North Korean embassy in Kampala over allegations of money laundering and smuggling of deadly weapons.

Uganda has refused to bow to pressure from the United Nations Security Council (UNSC) regarding a mandatory declaration of the proceeds that were last year seized from North Koreans operating in Uganda, the state minister for foreign affairs, Okello Oryem, has said

Despite requests from the UNSC for Uganda to declare, the report indicates that the Government is yet to reply to the panel’s request for information on the amount of money seized from Korea Mining Development Trading Corporation (KOMID), representatives, their spouses as well as information on the bank accounts used. Recently, Oryem said Uganda should instead be applauded for seizing the funds.

“We are not supposed to declare to anybody what we seize or the amounts thereof. The principle is to deny North Koreans any earnings from any illegal source in Uganda. We should be applauded and given a medal by the UN for seizing these funds from illegal trading,” Oryem said.

The report reveals that the decision by Uganda to expel two KOMID representatives “prevented KOMID from transferring a substantial amount of money believed to be the proceeds from KOMID business in Uganda out of the country.