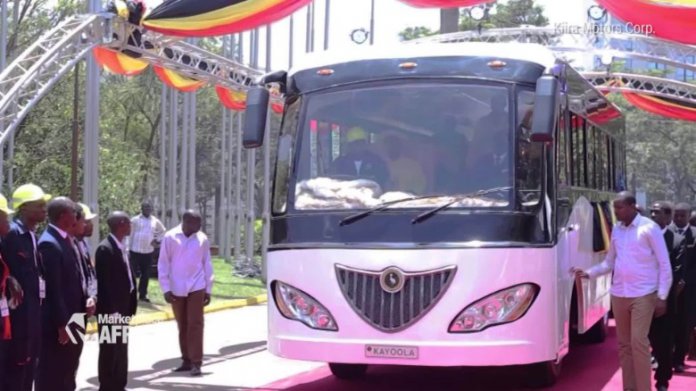 What started as a students’ idea at Makerere University is finally set to become a national pride.

As we celebrate the building of the new Kayoola electric buses, four other buses will be built next year, Kiira Motor’s Corporation (KMC) has since revealed.

These will include two more electric ones and two Euro Five clean Diesel engine buses. The electric ones will be designed for city passengers and the diesel-powered ones for longer distances.

The electric buses will have a capacity of 90 passengers (49 sitting and 41 standing) whereas the clean diesel ones will have a 65 capacity.

“We will produce buses with the latest technology which are,” Paul Isaac Musasizi, the KMC chief executive officer, said over the weekend.

He made the remarks during a road test for one of the two latest Kayoola electric buses dubbed Kayoola EVS in Nakasongola. The road test of about 30km was conducted around the NEC complex in Nakasongola barracks.

The buses, he said, will be built locally and by Ugandan engineers in partnership with Luwero Industries Limited located in Nakasongola.

Luwero Industries Limited is a subsidiary of the National Enterprise Corporation (NEC), under the Ministry of Defence and Veteran Affairs.

“We chose Luwero Industries because they have facilities. Our engineers have been trained on the latest bus technology from China and they will use the same here,” he said.

“We will get steel, plastics, nuts and bolts and batteries from local companies. We will only import what we do not have,” Musasizi added.

The funds for these projects, he said, are part $40m (about sh152b) for the Kiira Electronic Vehicle project which was approved by Cabinet last year.

The fund is to be undertaken in phases, with the market- entry point being the assembly of vehicles in partnership with reputable vehicle manufacturers.

Brig. Gen. Octavius Butuuro, the general manager of Luwero Industries Limited, said at the moment, they are producing vehicle steering wheels, nuts and bolts and several other vehicle spare parts that can be used even for Kayoola buses.

“We are soon going to obtain an international certification to produce internationally standardized car parts such as bolts and nuts as well as the steering,” he said.

The Kiira EV project evolved from staff and students’ practical projects at Makerere University. It was later turned into a national program championing value addition in the domestic automotive industry for job creation.