According to the notice issued yesterday, addressed to parties in the case, Supreme Court registrar Godfrey Anguandia Opifeni, stated that the verdict will be ready for pronouncement on Thursday at 10:00am.

“Take notice that judgment of this appeal has been fixed for April 18, 2019 at 10:00am. In the afternoon or soon thereafter as court will convene,” Opifeni said.

The registrar warned the parties that “if no appearance is made by yourself, lawyer or someone authorized to act for you, the judgment will be delivered in your absence.”

The appeal was a result of the Constitutional Court verdict last year. A majority justices (4:1) allowed the removal of presidential age limit, but unanimously declared the extension of MPs and local government officials’ tenure as unconstitutional.

They contend that the justices of the Constitutional Court misconstrued the application of the basic structure doctrine when they found that the qualifications of the president or chairpersons of district local government do not form part of it.

The basic structure doctrine is a judicial principle whereby some basic features of the Constitution cannot be altered or destroyed through amendments by Parliament.

“The justices of the Constitutional Court erred further in according the basic structure doctrine and restrictive application when they held that it only applies to amendments, which require a referendum and specifically to the extension of the term of Parliament,” they argued.

They claim that the supremacy of the Constitution as an embodiment of the sovereign will of the people, political order and stability as well as constitutionalism and rule of law were eroded by the impugned act. The amendment arose from a private member’s Bill by Igara West MP Raphael Magyezi. 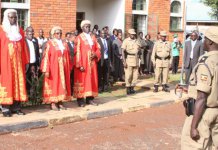 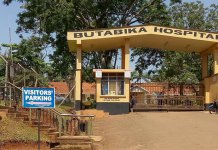 Drama as Mabirizi is Flagged off to E. A court to battle Museveni