Home Politics Shocking: How sons & Daughters of ministers are enjoying big posts at... 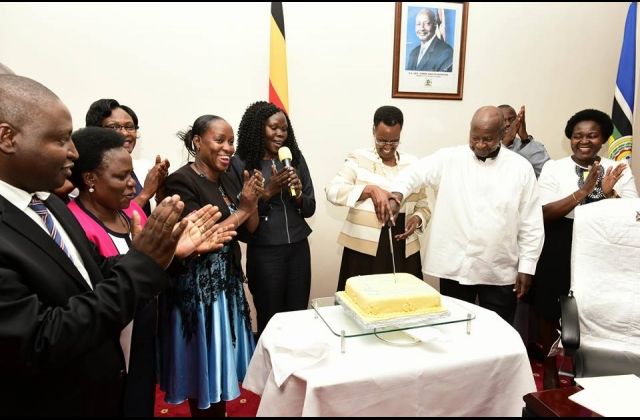 Jobs in Missions at the Ministry of Foreign Affairs have become for the ‘technical know who’ rather than technical knowhow.

According to investigations, top jobs in Uganda’s foreign Missions have become a prerogative for the sons and daughters of Ugandan ministers.

This disturbing recruitment exercise has divided political appointees at the Ministry of Foreign Affairs most of whom are languishing at the Ministry without deployment as young boys and girls born from privileged politicians are taking up top positions in various embassies without competition in terms of relevant qualification and experience.

There is also a big complaint about envoys who have served for decades without considering retirement as an option. Among the diplomats who have served for long include; H.E Amb. Mull Sebujja Katende, Head of Mission in Washington DC. He has served in Foreign service since 1979.

Sources have informed us how top politicians including ministers, ex-ministers have aligned their sons and daughters and relatives for juicy positions at the Foreign Affairs ministry without a clear foreign policy recruitment guideline.

Indeed, when our reporter scrutinized the organogram at the Ministry of Foreign Affairs Missions, notable officers have an attachment with top ministers and former ministers.

A case in point is Sam Muzoora Muhewzi, who is the son of former minister Gen Jim Muhwezi. Sam Muhwezi who recently had a lavish wedding ceremony is the head of the chancery, tourism, and Commonwealth at Uganda’s High Commission in London, UK.

Jim Muhwezi served as minister holding different portfolios since 1996 until he was dropped in 2015. The former Rujumbura County MP lost his parliamentary position to FDC’s Fred Tumuheirwe Turyamuhweza in 2016.

On further scrutiny, it was also observed that the State Minister for Foreign Affairs equally has one of her daughters holding a top position at the Ministry of Foreign Affairs Missions. Natasha Oryem is an assistant at Uganda’s High Commission in London.

Her father, Oryem who is also MP for Chua East County has been a state minister for Foreign Affairs since 2005. Okello Oryem is the son to late General Tito Lutwa Okello, who served as President of Uganda between July 1985 and January 1986.

Engola was appointed a minister in 2011 replacing Michael Werikhe who is currently the state minister for Trade. Currently, Sam Engola is the National Resistance Movement (NRM) party vice-chairperson for Northern Uganda.

Rebecca Amuge Otengo is the current ambassador of Uganda in Addis Ababa, Ethiopia. This ambassadorial appointment came as a consolation after Otengo who was state minister for Northern Uganda and Alebtong Woman MP lost in the 2016 elections.

She has since then turned herself into a kingmaker of the sort and has an influence on who should be appointed ambassador or any Foreign Service office.

As a result, Otengo has been able to use her influence to secure a juicy position for her sister, Miriam Otengo, who is now the Foreign Service Officer at the Ministry of Foreign Affairs.

Source say that whereas Amb Ogwang, was cleared of allegations of wife battering and had been lined up for another diplomatic deployment, Rebecca Otengo (Ogwang’s sister-in-law) convinced the appointing authority that he (Ogwang) was not good enough and that he should instead appoint her sister, Miriam Otengo.

UPDF MP, Gen Pecos Kutesa is another politician whose relative is eating big at the Ministry of Foreign Affairs. Kutesa’s wife, Dora Kutesa is the Minister counselor at Uganda’s Embassy in Paris, France.

Kutesa formerly served as Second Secretary at Uganda’s High Commission in India. Kutesa and his wife have a history of the liberation of this country. Kutesa is one of the few NRA historical who fought along with his wife, Dora in the bush.