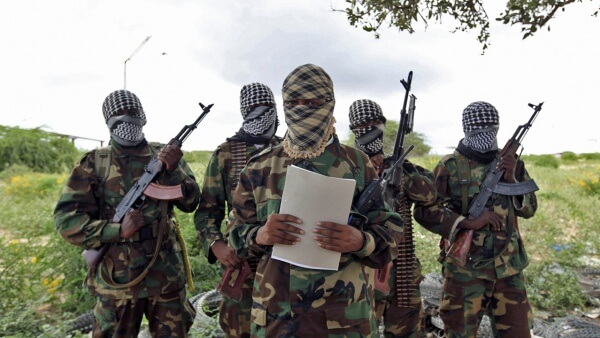 Security has issued a terror alert warning the public of suspected al-Shabaab terrorists in the country. The alert was issued by the Internal Security Organisation (ISO) director general, Col Kaka Bagyenda, in a statement sent to media yesterday, Bagyenda announced comprehensive measures to forestall possible attacks on Uganda by the terrorists, who have a base in Somalia.

“Three people suspected to be members of al-Shabaab, the Somalia-based extremist group secretly entered the country with the aim of carrying out a deadly mission,” Kaka added. He indicated that the suspected terrorists traveled in at least three vehicles.

ISO did not give any names of the suspects but shared images of the suspected extremists that were captured by spy cameras. Explaining the terror threat, Kaka said the public should be vigilant and report any suspicious activity, especially in public spaces such as malls, markets, hotels, taxi parks and places of worship.

According to the statement, ISO has requested anyone with information about them (extremists) to report to their (ISO) toll-free number 0800200009, Police or any other security agency. Uganda is gearing up for the Martyrs Day celebrations at Namugongo that attract millions of people.

Security at the shrines both Catholic and Anglican have already been tightened with the deployment of the military. The latest alert comes a few weeks after it was reported that suspected ISIS agents entered the country via the porous borders with the ultimate aim of attacking the country.

On several occasions, Police has warned that the threat of terrorism is real. Security has also installed CCTV cameras in various parts of the city and neighboring areas.

In addition, there has been a deployment of Local Defence Unit personnel in Kampala, Wakiso and other areas. In July 2010, 76 people perished in the two terror blasts at Kyadondo Rugby Club and the Ethiopian Village Restaurant in Kampala.

Many were injured. Revelers were watching the World Cup Final game between Spain and Holland, during the tournament played in South Africa. The third bomb that had been planted on the same day at Makindye House in the city suburb of Makindye, was defused before it exploded. Al-Shabaab claimed responsibility for the deadly attack, the worst in Uganda’s history.