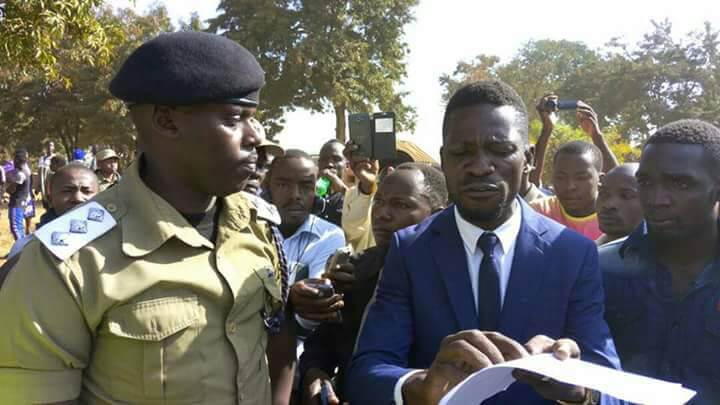 The police have today, Sunday, April 21, 2019, informed the promoters for the Kyarenga Extra concert, that it will not risk securing their planned music concerts, due to their failure to adhere to the stricter safety guidelines and site infrastructure concerns at the selected venues.

According to police statement they have blamed Bobi wine due to his previous Kyarenga concerts, which were characterized with poor track records with multiple incidents, related to public nuisance due to overcrowding, thefts, violation of traffic rules and various misconducts, which were not only a breach of law, but also a danger to the revelers and the lives of other members of the community. As a result we called for better safety measures during our meetings with the promoters.

The police has also informed members of the public that, despite the elaborate and clear guidelines with the promoters, regarding their preparations, manner and conduct, during the concert, as well as the safety and security demands from their side; intelligence picked up by police informants incriminates that the event was still a risk to public safety.

“The promoters totally failed to meet the proactive harm minimization measures agreed upon to help address potential eventualities that might arise due to overcrowding.” A statement read.

The police has also urged the promoters to take police advice and the safety of revelers seriously, by suspending or stopping the concerts, until such a time that robust public security and safety mechanisms are put in place, to secure the revelers and other members of the community, who may be affected by such music concerts.

“The safety of revelers continues to be a top priority and the new procedures will strengthen and standardize the security and public safety practices, at major music events and venues.”

“We pledge to continue working with all musicians, their promoters,agents and owners of venues, in secure environments, which do not present any safety risks to revelers and the public at large. All our territorial Police Commanders have been informed accordingly, to ensure no planned concerts are carried out in insecure environments.” Police statement read.

Bobi wine on his page he accused police of playing ping-pong games for over a month since he wrote to them. He also stated that three days ago, they wrote back to him giving a litany of requirements.

He claims to have invested huge sums of money to meet their demands, some of which were unreasonable. This was in addition to what they had invested in advertising and preparing the show.

“I think they thought we would fail to meet them. When we did and submitted them, the responsible officers started hiding themselves from us! Last night, they intercepted the trucks which were carrying the machines for the show.” A post on page read.

Today, they have given him a letter indicating that there’s no show.

Bobi blamed the police for witch hunting him due to the fact that, all other artistes are not required to fulfill any of these requirements and their shows have not been stopped.

This brings the total number of Bobi wine blocked concerts across the country to 124 since October, 2017.

He vowed not to sit and watch as His rights continue to be violated.