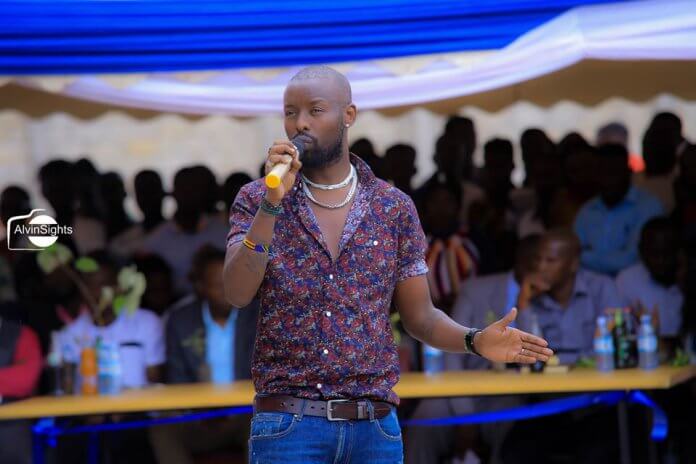 Ever since Kenzo fell out with his ally and friend Bobi wine also doubling as People power chairman and pioneer Kenzo has revealed that his life has not been the same.

Kenzo’s woe with People Power begun when he met with H.E president Museveni in the statehouse on his arrival from abroad.

“Jambo my people hope your good. Since my press conference at mestil a lot has been said however since am premiering my new song titled ‘semyekozo’ today I will also use that opportunity to go live at 5pm.”

“To hint on what has been said. See you then, let’s talk about this because we are family ate omullilo teguzikiza mullilo. We need one another. 5 pm live Semyekozo audio premier”

Musician Eddy Kenzo also told media that mafia were behind his woes with former lover Rema Namakula and that they reportedly want to kill him.