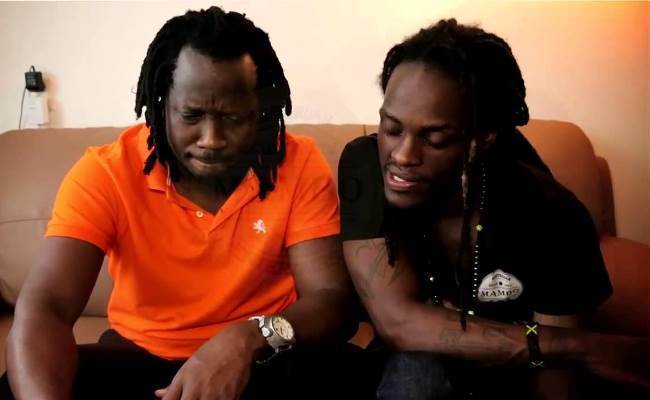 A renown Ugandan blogger Peng Peng has written a shocking letter to his former master days after crossing over to people power movement This comes after his meeting with  Hon Robert Kyagulanyi in Sweden.

Peng Peng came to spotlight after his fatal fight with the people power diehards when he called Bobi wine a showoff and a useless politician(clown and fake) and he claimed it was brian white who was sponsoring his attacks on Bobi wine. Here is the letter he wrote to President Museveni.

Good morning Bosco! On behalf of fellow Ugandans strictly omuntu wawansi (local citizens), We kindly ask you to immunize Bebe cool Again. The vaccine they used to immunize my mentor(bebecool) was extracted from the kawanda poultry Unit.

Actually, he deserves to be vaccinated twice, The rate at with smallpox has annexed his reasoning capacity is very alarming. Posting Aerial photographs don’t depict growth.

If Gulu and koboko have developed show us vertical photographs of those places? You don’t need to apply Instagram filters to make Gulu town look amazing. The problem with NRM representatives most of them are dense, Bebecool’s hashtag silent majority abalala basama bwasami(others are noise makers) earns M7 zero points.

I was offended when Ugandans disrespected you on stage (obuchuupa/bottle saga) but now I know why some people rejoiced. Bebe cool you should know that you’re a lowlife compared to Bobi wine.

On behalf of people power let me also come up with my own hashtag I hope it goes viral.

He also talked about Museveni’ speech where he slammed and attacked Jennifer Musisi.

Someone said he “paid so and so a lot of taxpayers money to clean up Kampala but she failed”.He admitted it was a sin and some goons still wanna vote him 2021.

A leader who brags about misusing public funds and being corrupt! Sometimes I sit in my Kimootoka(car) and I keep asking myself, Gwe awagira NRM omutwegwo mulamu(whats wrong with NRM supporters)? Honestly, if we have no savior and this man is destined to rule Uganda till death, The worst has yet come.

Watching Ugandans die with effect from floods yet the government purchased 5 cattle at 70 billion which are being transported in ambulance vehicles every day. Whoever dissed Bobi wine that he never knew what fisiiiiiiiko (fiscal) policy meant is a fool.

President Museveni holds a degree in political science and sijui bush economics but look at how he has messed our nation. #He must go