Parliament’s presidential affairs committee has backed various changes to the Kampala Capital City Authority (KCCA) law which, among other things, seeks to trim the powers of the Lord Mayor. The committee, however, rejected the proposal to make the Minister for Kampala the political head of the capital city.

But it also said the provision in the current law, which provides for the Lord Mayor as the political head, should be deleted. As is the case in many other district councils, the committee has recommended the provision for a KCCA speaker and deputy speaker to play the role of chairing authority meetings. Currently, the Lord Mayor presides over the meetings of the authority.

Currently, it is the Lord Mayor who determines the council’s business. While presenting the KKA Amendment Bill last week for the second reading, the Government Chief Whip, Ruth Nankabirwa, who represented the Minister for Kampala, said:

“The purpose of this Bill is to amend the Act to streamline the governance of the capital city by having the Lord Mayor elected by councillors and to clarify the roles of the Lord Mayor.”

Adjumani Woman MP Jesca Ababiku, in her remarks as the chairperson of the presidential affairs committee, which scrutinised the Bill, told Parliament they had rejected some of the proposed amendments, including the one for having the Lord Mayor elected by councillors.

Not only has the committee proposed to have the word ‘Authority’ removed from wherever it appears in the Bill and replaced with ‘Council’, it has also rejected the proposal for the creation of a Kampala Metropolitan Authority.

The proposal to drop the usage of ‘Authority’ for ‘Council’ is premised on the ruling in the Odongo Alex Oryang Vs Nabillah Naggayi Ssempala case in which it was stated that Kampala is a district. Some of the committee members who have signed the report as a way of agreeing with its recommendations include Makindye East MP Ibrahim Kasozi and Busongora South MP Jackson Mbaju.

The Speaker of Parliament, Rebecca Kadaga, said the Bill and many others which were presented for second reading would be debated and considered when the House resumes in January. Kadaga said plenary sessions would resume on January 8, 2019. 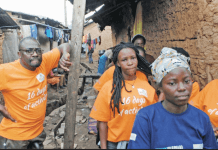 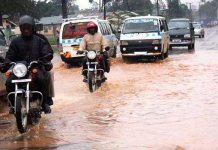 MPs Seek Penalties for Motorists who Splash Water on Pedestrians.