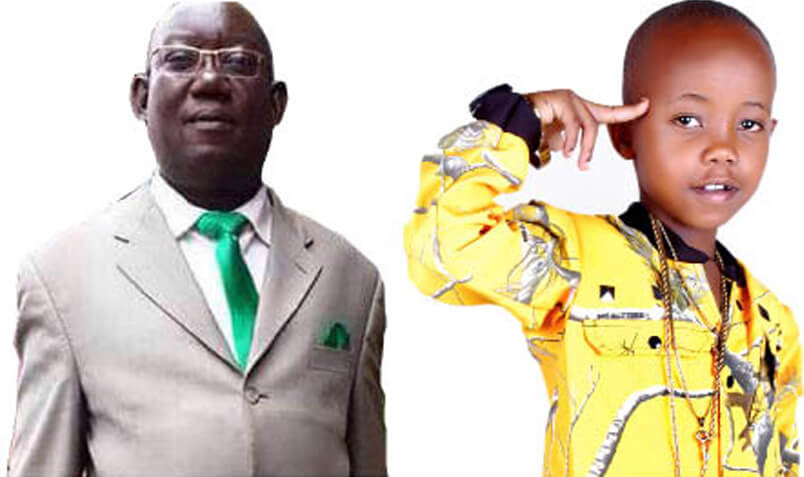 Kato Lubwama Lubaga Member of parliament has come out to slam Fresh kid parents who appeared in media that fresh kid is their only source of income.

The parents also refused any help from government through its gender ministry where Minister Nakiwala kiyingi offered to take fresh kid to a boarding section to secure his future, unfortunately his parents declined any help.

“Naye mazima ddala (But truthful) where is our country headed? I think the end is near!” Kato lubwama asked shockingly.

“When a full grown-up woman and man shamelessly tell the public they won’t send their 7yrs old son to school because it is him providing for them, then we have a reason to worry for the future of Uganda….. kweli?” he added

Kato lubwama questioned the parents intelligence that how can a seven year old kid be a source of bread for the whole family including old parents who are supposed to provide to their children not the other way round.

“7 year old providing for a family of two adults? Which kind of parents are these? Wano Uganda wetuse? (Is this where Uganda has reached”.

He also attacked Ugandan politicians who are using Fresh kid popularity as their tool to attract people’sa ttention. Though he didn’t disclose him to the public but it should be remembered that once tamale Mirundi said Fresh kid is “a project being initiated to undermine Museveni’s presidency”

“Ugandans have weak heads, you can find them telling Fresh Kid to stand and contest against Muwanga Kivumbi in Butambala , this kid might even be smoking weed, I was surprised hearing his parents saying he is the one who provide them with what to eat”

He has advised the parents to let fresh kid go back to school to secure his future.

“I also started singing at 9 years but was encouraged to stay In school and managed to do MDD at Makerere, the boy should be at school or he should  sing in Sunday schools/choir not in bars”