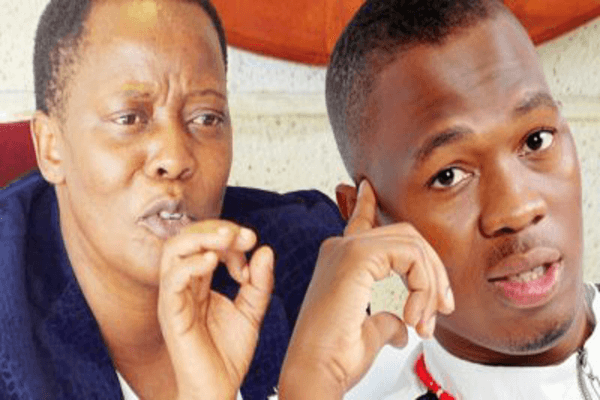 Betty Namboze the Mukono Municipality Woman MP has implored the Ugandan police to allow Big Eye to proceed with his plans to march to Magere.

This Follows Big Eye real name Mayanja Ibrahim the Already Booked Singer claiming that he will march to Magere in a peaceful demonstration against Bobi wine and his people power supporter for their increased arrogance.

It should be noted that two days ago Catherine Kusasira and Full Figure both NRM adherents were attacked on stage at Nabugabo. The duo was pelted with bottles by revelers.

Big Eye has since been blaming the people power supporters for the above unfortunate event that befell his fellow comrades.

“In the same spirit, I wish to notify Police that am delivering a letter on Monday to the IGP notifying him about a walk on the 3rd of January starting at Kamwokya through Katonga road where we shall be joined by more colleagues to the President’s Office to deliver a letter requesting the NRM Chairman Kaguta Museveni to tell Police and d other security organs to lift the ban which was put on Musician Bobi Wine Concerts ” She continued