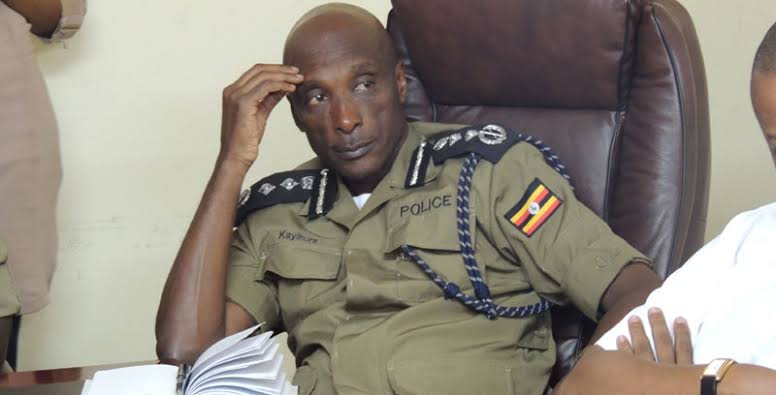 One year and three months after his own swift and dramatic steep fall from grace, one-by-one Gen Kale Kayihura’s once powerful civilian and former police lieutenants have continued to fall on hard times.

A sizeable number are already planning their life’s next chapter from jail while others have quietly retreated from the national spotlight they once hogged. When Kayihura was sacked as Inspector General of Police on March 4, 2018 and arrested three months later on June 13, 2018, his life and that of his lieutenants took a stumble down.

In Luzira prison where Muhammad Ssebuwufu is incarcerated awaiting sentencing for the murder of Donah Betty Katusabe on July 4, 2015, he may have already come across a familiar figure called Abdallah Kitatta, who is serving 10 years for illegal possession of firearms.

Just about four years ago, the two were powerful powerbrokers in Kampala with huge influence in the business sector but most importantly, they wielded a strong leverage within security circles, especially the Uganda Police Force. In short, they operated above the law.

At the time, Ssebuwufu was the all-powerful car dealer at the Pine car bond on Nakasero road. Meanwhile, Kitatta’s stock had risen to epic proportions as the patron of Boda Boda 2010, a shadowy pseudo political group that controlled most of the boda boda transport business in Kampala and surrounding areas.

The two may have travelled different paths to the top but what united them was their immense influence within the police. Ssebuwufu and Kitatta share quite many similarities; both come from poor backgrounds and didn’t go far in school. Both were also diehards of the ruling NRM government.

Both had armed escorts, had cells where they detained those who dared to cross their path and most tellingly, they had the ear of Gen Kale Kayihura, the former police chief. But at the peak of their powers, Kitatta is said to have personally owned as many as 500 boda boda motorbikes while Ssebuwufu had a fleet of 200 vehicles under his business.

“If Ssebuwufu got interested in buying a car, it was always unwise to compete with him,” said a car dealer who preferred anonymity.

There was an air of impunity around them and much as their clandestine operations were an open secret, few individuals, be it politicians or public figures, would dare to challenge the two men. After all, they had the money and machinery, a group of loyalists, associated with NRM and had Kayihura’s ear all the time.

Kayihura often disregarded the police structures. He preferred to work with civilian groups or fresh recruits that held sensitive positions within the force. One such group was the ruthless Crime Preventers, a shadow militia that helped police to disperse crowds under the guise of maintaining law and order.

It was headed by the youthful Blaze Kamugisha, who has since disappeared off the national scene in the wake of its disbandment a few months after President Museveni sacked Kayihura in March 2018.

Much as the downfall of Ssebuwufu and Kitatta was predictable, few would have imagined the haste at which it came. And now that the two men are headed for lengthy stays in Luzira, they have a lot to ponder.

It took a full week for police to formally arrest Ssebuwufu after Katushabe’s death. The arrest followed a huge public and media outcry at the way the force handled the matter and Ssebuwufu had to personally hand himself to the police with a smile. It was after the Directorate of Public Prosecutions (DPP) pressed charges of murder that Katushabe’s death captured the public imagination.

Still, doubt was cast when the DPP controversially withdrew the same charges against Aaron Baguma, the then Central Police Station (CPS) commander, and instead made him a state witness.

But now that Ssebuwufu has been convicted, it marks a turnaround of fortunes for him and many of Kayihura’s former close associates. Even before Ssebuwufu was found guilty, close associates that spoke toThe Observer on condition of anonymity said his car business had crumbled.

“He had been reduced to relying on associates and third parties to do business because customers often walked away the moment they saw him or heard he was the seller,” said another car dealer at Pine who preferred anonymity.

In many ways, Ssebuwufu’s conviction for murder is the latest dismantling of Kayihura’s once untouchable circle of trusted lieutenants, many of whom are still rotting in military police cells. These include; Herbert Muhangi, the all-powerful former commander of the Police Flying Squad; former special operations chief Nixon Agasirwe; and former cybercrime commander Richard Ndaboine, among others.

Others such as Amos Ngabirano, the former police director for ICT; Siraje Bakaleke, the former regional police commander; and former Kayihura aide Jonathan Baroza have since fled the country. The few who still walk free such as Hajji Abdu Kiyimba, the Nsangi LC III chairperson, who often represented Kayihura at events, have since gone mute.

Kiyimba, according to a police officer, used to order the transfer of police officers, and no one would dare contradict his orders.