The Attorney General (AG) has cleared the air on the proposed electoral reforms, saying none of the five Bills tabled before Parliament on July 25 prohibits independent candidates from forming alliances with political parties.

However, Byaruhanga says what was widely published in the media were not the proposals contained in the five electoral reform Bills that he tabled before Parliament on July 25. Although the Bills were tabled last Thursday, no copies were circulated immediately, reportedly because they contained errors.

In his first-ever press conference at the Uganda Media Centre (UMC) since he took over office three years ago, Byaruhanga yesterday said the proposed electoral reforms have no provision prohibiting the use of cameras or cell phones at polling stations.

The Bills also do not provide for early voting by soldiers and other security personnel and there are no provisions that say that the declaration of election results shall be done in the presence of only five voters.

“From the Bills tabled before Parliament, there is no single provision in the Bills that has a direct or indirect expression regarding early voting by soldiers and other security personnel, prohibition on the use of cameras or cellphones at a polling station and prohibition of independent members from forming an alliance with registered political parties or organizations,” he said.

Byaruhanga, flanked by the Deputy Attorney General, Mwesigwa Rukutana, added that what was published in the media were

“mere concoctions maliciously made for other political motives”.

He expressed shock at what he said was a deliberate move to distort the contents of the Bills by importing provisions, which he said, do not form part of the Bills the Government tabled before Parliament 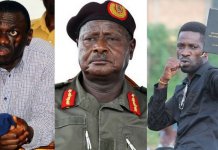 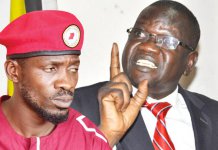 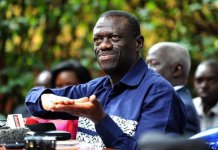