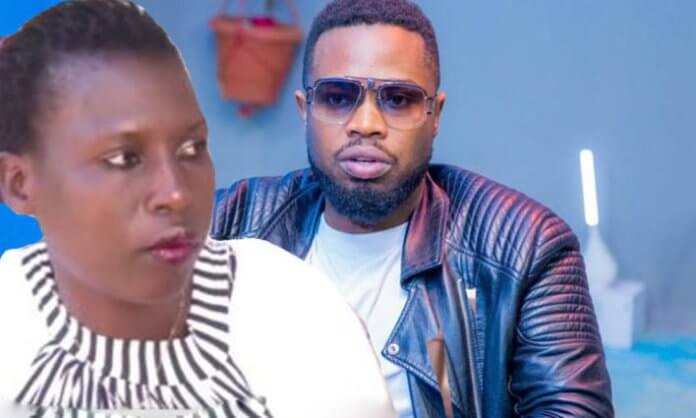 According to Dorah’s confection, she alleges that Andre made her pregnant in mid 2011 and subsequently conceived in the following year.

In an interview she expressed her utmost disappointment in Daddy andre whom she accused of refusing to take care of their 7 year old daughter. According to her Daddy Andre last saw his own daughter when she was three months old.

She seeks his innervation and help to start taking care of their own daughter because she is currently financially down.

In a phone call conversation between the two, Andre didn’t deny knowing or meeting Dorah. He said;

“Get me your number, I will call you and you take your child for a DNA test. I don’t want you to bother me again when I haven’t even confirmed if the child is mine. You should first confirm the DNA. I will call you when I am ready and when I have the money for the DNA test,” Andre said in a phone call.

“I met him at the Railway Quarters in Nsambya. I had a friend there, her boyfriend was a friend to that producer, by then he was a producer. I got pregnant in 2011 and I told him. He told me not to remove it. By then he didn’t have money and he would give me about Shs5,000, sometimes Shs1,000, sometimes nothing at all,” she emotionally shared.