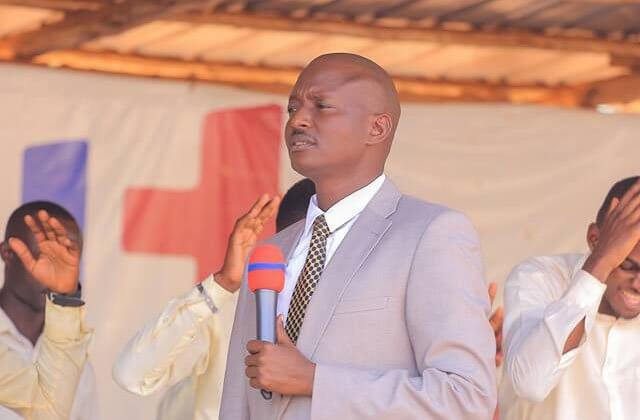 Bugingo is currently in wrangles with his wife over church land and tithe. His wife accuses him of sleeping with a new lover outside of their wedlock\

Yesterday Bugingo while appearing on salt media Tv station trashed the apology he made towards his wife during their reconciliation.

Bugingo claims that he was scared for his life that’s why he made the apology because his wife had come with heavily armed men with AK47. In a bid to save his life he had to go forward with an apology

While speaking on Salt FM, Pr. Bugingo stressed that there was a well-planned ambush that was targeted at ending his life.

He explained that he was coincidentally saved when he delayed exiting his car at the church premises, according to rumors Bugingo claims that these assailants had planned to finish him off the moment he went on the podium to deliver the sermon.

Bugingo thanked God for exposing these ruthless enemies and also thanked the media houses who were capturing the event live because the assailants became scared to carry out their murder live when the whole nation was watching.

A seemingly heartbroken Bugingo furthermore told his listeners that they will receive a mighty deliverance which they had never witnessed before.

He mocked whoever was behind the act that they are free to plan for a comeback since the earlier one failed.