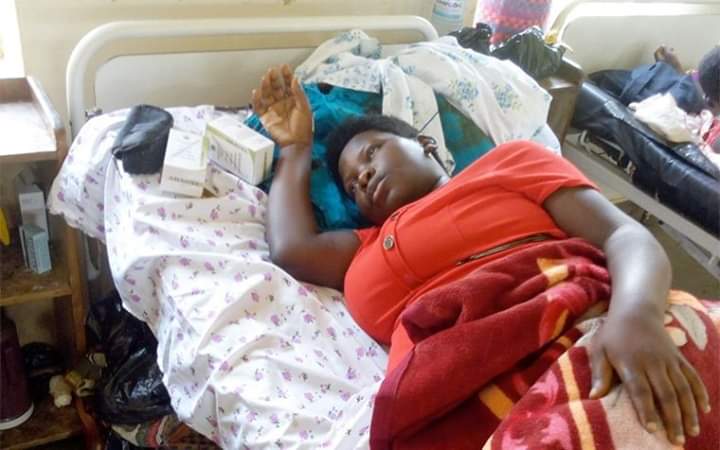 Livia Kesande a resident of Kasenda sub-county in Kabarole district was admitted at Buhinga hospital in Fort Portal was allegedly told to first pay the money for the purchase of items required during childbirth before she could undergo a C-section.

The 22-year-old says that her pleas to undergo the operation in the absence of the money yielded no fruit. Her mother Margaret Kemigisha says she intervened at this point and started calling relatives for financial assistance but still did not succeed.

While still stuck at the maternity ward, a whistleblower informed Fort Portal police that an expectant mother was stranded because a health worker was asking for a payment.

Police trapped Bwambale with a payment of Shs 70,000 which was advanced to him through Kemigisha.

Upon receiving the money, Bwambale was immediately arrested and all the notes, that had also been photocopied earlier were found with him as an exhibit. But it was already too late to save Kesande’s baby who was born too weak and tired on Friday.