Home Health Section A quack (fake) doctor who has carried out 13 operations in Gov’t... 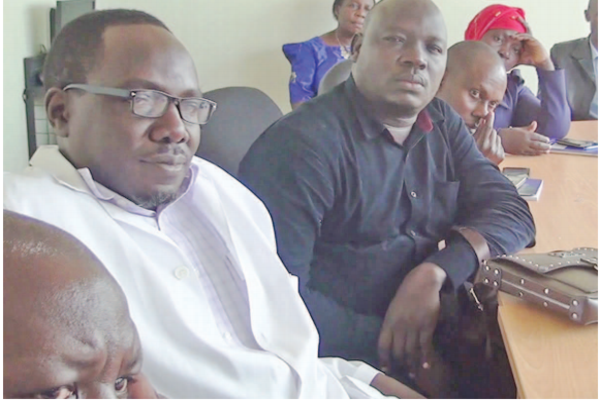 Security operatives are hunting for a man who has been impersonating medical doctors in Mityana Hospital. Chris Egwang has been masquerading as a senior surgeon at the hospital since the beginning of the month.

He has operated 13 patients in a period of one week. According to a shocking report released by the State House health monitoring unit, Egwang has been in Mityana Hospital since June 1.

A team of these officials camped in Mityana district last week following the death of a patient, Sylvia Nantongo, who was charged sh350,000 before being operated. Relatives raised the money late and Nantongo had died by the time it was paid.

While releasing the report at the hospital board room, Dr. Jackson Ejaru, the unit director, expressed concern over events at the hospital and called for an immediate reshuffle.

Egwang approached the district leadership on May 27 and applied for a placement at this hospital. He claimed to be a master of surgery student at Stanford University in Italy. The chief administrative officer, James Nkata, directed the medical superintendent, Dr. Vincent Kawooya, to verify Egwang’s documents before giving him a position. Two days later, Kawooya and the human resource officer, Edmond Ssendikwanawa, gave a green light for Egwang to be offered a position.

He was posted to work with the hospital until December when the contract would end. However, Egwang was handed over to Dr. James Odongo, a surgeon as his immediate supervisor. The report indicates that in one week, Egwang attended to 13 patients in the theatre. In a press conference held at the hospital board room last week, Nkata said Egwang as a ‘hardworking and trusted doctor’ in the hospital.

The LC 5 chairperson, Joseph Luzige, also defended Egwang’s work and said they would investigate if he requested for money. The report, however, indicated that Egwang’s registration number with the Uganda Medical and Dental Practitioners Council was under the name Dr. Nicholas Karuhanga.

It also indicated that the registration certificate does not show the institution where he studied nor the year of qualification.

Egwang, who is on the run, is facing charges of impersonation, forgery, uttering false documents and extortion. Kawooya was not at the hospital during the press conference and no official reason was given for his absence. The report pinned Kawooya for failing to fulfill in his duties as the head of the hospital.

Kawooya is facing charges of criminal negligence. Ssendikwanawa, who attended the meeting, was immediately arrested. He faces charges of making unauthorized documentation. Stakeholders, including district officials and those from State House, called for an immediate change in management