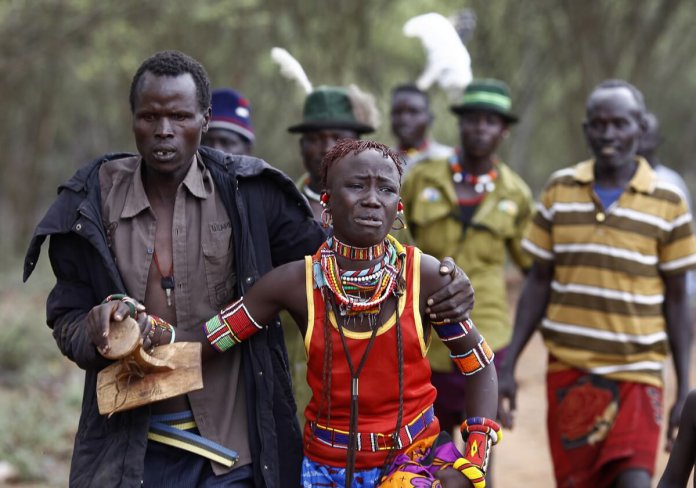 Authorities in Kyegegwa district recently blocked a ceremony where a 15-year-old girl was going to marry a 78-year-old man.

This was revealed during the training of local leaders on the formulation of a district ordinance on violence against women on Friday.

The training was organized by the Uganda Human Rights Commission Fort Portal regional office. Jackson Kamara, a community leader in Kasule sub-county, said last month they stopped the introduction ceremony because it was involving a minor.

“The parents of the girl had accepted the bride price but when we learned of the incident, we went to the Police and blocked the ceremony,” Kamara said.

The revelation came at a time the district leaders were expressing worry over the high rate of child pregnancies and early marriages, which have led to the high school dropout.

John Kisoke, the Kyegegwa LC5 chairman, said several parents consider bride price as a source of wealth, hence pushing their girls into early marriages. He said the district was grappling with high cases of school dropouts as a result of early marriages.

“As a district, we are faced with a very big challenge of parents marrying off their girls at an early age. This has affected education and also increased gender-based violence in many sub-counties,” Kisoke said.

“Some girls run away with old men who are able to provide them with home necessities,” he added.

Augustine Nyakabwa, the district probation, and welfare officer said by the end of the last financial year, 54.1% of the antenatal care visits in health facilities were teenagers.

He added that over 2,687 girls below the age of 18 were already married. Nyakabwa said between July and September, over 653 cases of early marriages were reported, while 975 teenage pregnancies were recorded. There were about 523 teenage deliveries in the health units of Kyegegwa.

Nyakabwa said the figures were obtained from the District Health Information System or antenatal visits by pregnant mothers. He also said the number of child mothers recorded shows only those who had the courage to visit health facilities for the first time.

James Musinguzi, the head of the criminal investigations unit at Kyegegwa Police Station, said unless young people change their lifestyles and parents keep their children in school, the trend will continue to rise.