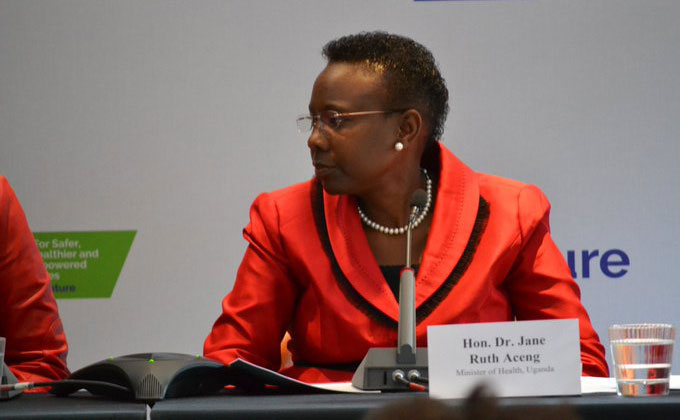 The health ministry has received a donation of transport equipment worth sh728m for its continued Ebola response in the country.

Speaking to journalists at the ministry headquarters yesterday, the health minister, Dr. Jane Ruth Aceng, said the motorcycles received will be distributed to 13 districts that are at an increased risk of Ebola and it will support surveillance and co-ordination.

The districts are Adjumani, Arua, Hoima, Isingiro, Kamwenge, Kikuube, Kiryandongo, Koboko, Kyegegwa, Lamwo, Moyo, Ntoroko and Yumbe. According to the minister, the ambulances will be deployed and attached to health facilities at high-risk districts of Arua, Kanungu, and Kisoro.

“This timely donation will cater to enormous needs, especially the mobility of the responders in the districts to implement public health interventions that reduce their vulnerability to Ebola and other diseases of outbreak potential,” she said.

To secure travelers moving in and out of the country, Aceng said the thermos-scanner will be installed at the Entebbe International Airport.

“The national isolation facility at Entebbe has been prepared and equipped in readiness to receive any Ebola suspect case,” Aceng said.

Joel Boutroue, the UNHCR’s representative in Uganda, said the support accorded to Uganda is part of their efforts to strengthen refugee-hosting district health systems to be better prepared for any possible outbreaks.

He commended Uganda’s task team for being exemplary in the fight against Ebola, adding that with 1.3 million people requiring international protection, Uganda is currently Africa’s leading refugee-hosting country and ranks among the top three worldwide.

Ebola, however, continues to ravage the Eastern part of the Democratic Republic of Congo, particularly Beni, which is 50 kilometres from the Ugandan border. It is against this background that Uganda continues to strengthen its surveillance systems.

Aceng said more than 7,000 people, including health workers (majority), frontline workers and contacts of Ebola victims, have been vaccinated against Ebola. The minister also said the current short term response plan for Ebola that was meant to expire next month, has been extended to the end of December.

Ebola is a hemorrhagic fever that is highly infectious and is transmitted by direct contact with the blood, body fluids and tissues of infected persons. Transmission of the Ebola virus has also occurred by handling sick or dead infected wild animals (chimpanzees, gorillas, monkeys, forest antelope, fruit bats), according to the World Health Organisation. 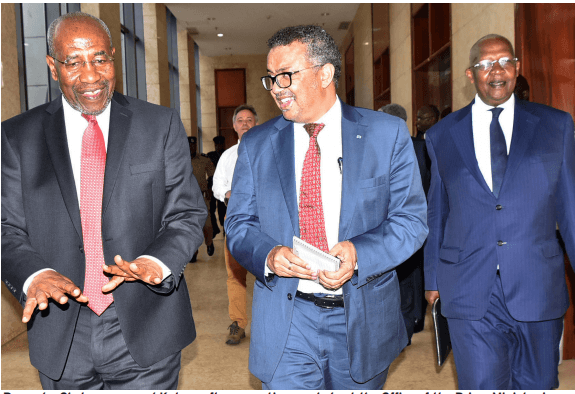 WHO boss hails Uganda on ebola vigilance, warns of risk