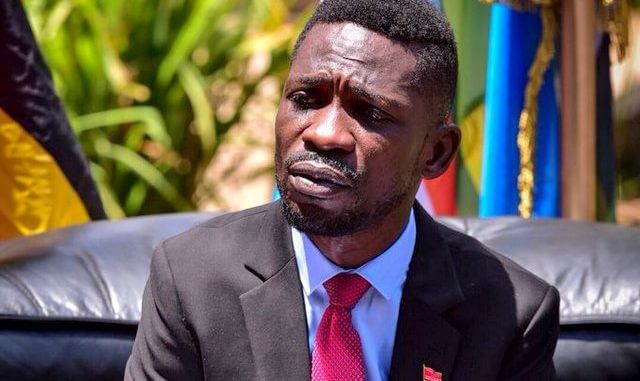 The late Wellington left the farm equivalent to Two & half square miles (1600 acres). The farm was divided into three divisions i.e Cattles, Plaintain, and Forest (eucalyptus). The land had been under the care of Bobi wine’s brother Ben Sempiira.

The army and Police on 29th November surrounded the section where charcoal burning and cattle rearing activities had been taking place.

The police found the inhabitants living a dire situation (grass-thatched huts) and others in Charcoal furnaces (Ttanulu).

The police raided the place at around 8 pm and by dawn on the following day, everybody residing on the land had been put under arrest to explain themselves why they are living in a suspicious form of life.

The army left after two days but by the time of compiling this story, the police officers are still on-farm questioning everyone.

Many people who had no proper identification documents or found to be suspicious were taken to unknown places until their identity and motives are fully ascertained by the security agencies.

Ben Ssempira the caretaker of the farm says that he first had it in the rumor that the army is trailing him because he is training militias on his farm but didn’t take it seriously because he has no such Motives.

A night before the army raiding his farm the Resident District Commissioner and District Internal Security Officer sent him a letter ordaining to come and explain himself regarding training militias on his land.

However, on reaching the investigation chamber he agreed to allow the officers to come and inspect the farm but none game on the agreed date (15th November)