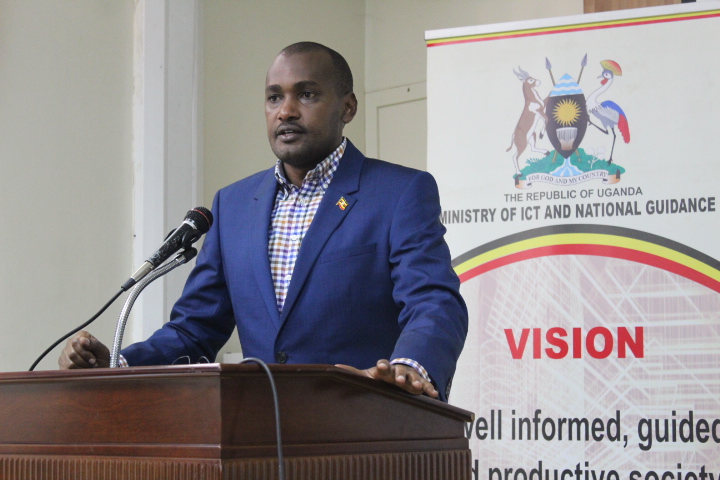 Many residents of Kampala who have farms upcountry often worry about the health and safety of their herds. Such worries will soon be addressed with a smartphone app, regardless of where the owner’s herd is based.

“We are going to insert microchips in the ears of the cattle,” Christopher Akamukama, an application developer, said.

The chips send messages to the smartphone on a predownloaded app.

“If the cattle are straying out of their normal grazing range, a message will be sent to alert the owners. The app is also expected to help to detect the temperatures of the cattle and, in this case, the farmers will be able to monitor the health condition of their herd, since high temperatures are synonymous with diseases,” Akamukama said.

This is one of the 60 innovations for which the information and communications technology (ICT) ministry has offered sh6b to be developed. The innovators are in different categories, such as agriculture, health, education, and ICT.

Ian Atamba, who is developing an app expected to be used to monitor inputs under the Operation Wealth Creation program, said this will be used to select the farmers and the enterprise at the time of delivering inputs.

“I have developed an Android-powered smartphone information system, where an app will be downloaded from Google Play Store and it will be used to monitor the inputs and enhance accountability,” he said.

He said the innovation will be applied in two pilot projects conducted in the districts of Kiruhura and Buhweju. Asked why they selected these particular districts, Atamba said they needed one cattle-keeping district and another that depends on crops.

The launch of the 60 innovations and handover of a dummy cheque of sh6b to the representatives of the innovations was presided over by Prime Minister Ruhakana Rugunda. It took place on Wednesday, at the headquarters of the ICT ministry on Parliamentary Avenue in Kampala.

Rugunda was flanked by Frank Tumwebaze, the ICT minister and Vincent Bagiire, the Permanent Secretary of the ICT ministry. Most of the 60 innovations were given sh100m and the rest got between sh200m and sh300m.

Rugunda said 665 innovators applied for the fund, but only 60 were selected. He said the number was a major increase from last year’s 12 applications that were considered for funding.

“We are celebrating creative Ugandans, especially the youth,” Rugunda said, adding that the selected innovations were destined to improve service delivery.

Rugunda also said the innovations were important for the employment of youth and enhancing socio-economic development. He pointed out that the Government was previously giving out employment and money to foreigners by relying on foreign innovations.

He added that the Government was now putting in place the necessary infrastructure, such as ICT innovation hubs, school labs and innovation funds, to encourage innovations. He said innovations are important for improving service delivery in businesses and operations of the Government.

Tumwebaze said: “We are not supporting people who are still in incubation or trial and error stage. We are supporting solutions that are ready to be consumed.”