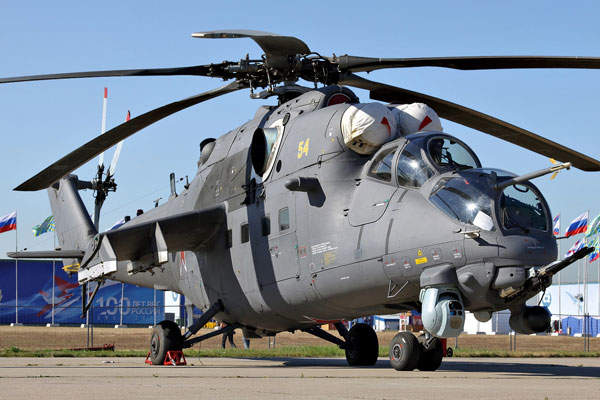 The government of Rwanda Monday communicated that they had concluded an investment partnership with Qatar Airways in which the former took a 60% stake (valued at USD 1.3) in building, owning and operating Bugesera International Airport.

The airport formerly known as Kanombe, is located in south-eastern Rwanda, Bugesera District, near the town of Rilima.

However, this news website has learnt of  shocking details surrounding the deal and we can authoritatively report that Rwanda has sold the national airline and Bugesera International Airport and used the money to buy military armament from China and Russia to attack Uganda.

According to a source within the Kigali establishment, the airline was sold at a tune of USD 180m from which Rwanda has already bought air defence system from China, two M28 planes and four Mi-35 attack helicopters called Havoc from Russia.

The same source informed this news site that the the country widely announced its ‘partnership’ with Qatar Airways to simply cover-up and hoodwink neighbouring countries and the rest of the world as it plans to execute what he referred to as “their deadly missions.”

Uganda’s relations with Rwanda have been frosty since February when Rwandan authorities blocked several Ugandan cargo trucks from crossing to Rwanda as well as stopping Rwandan citizens from entering into Uganda citing construction works. Other crossing points Cyanika and Kagitumba where Ugandan trucks were redirected, were also found blocked.

President Kagame would later reveal that the move had nothing to do with construction works but was political. Kigali has since accused Uganda of among other things illegally incarcerating and deporting her citizens, a claim Uganda dismissed. Ugandan authorities say they follow judicial process to deport some of the Rwandan citizens who are engaged in criminal acts intended to compromise Uganda’s national security, while others are facing the General Court Martial for kidnapping and illegally repatriating Rwandan Refugees back to Rwanda.

Uganda’s open-border refugee policy is lauded by the UN as the best in the world. The country hosts over one million refugees including Rwandans. Uganda is also home to thousands of citizens of Rwandan origin. Banyarwanda are constitutionally recognosed in Uganda as a tribe.

Rwanda has frustrated all the efforts aimed at restoring normalcy including not implementing provisions that required immediate action in the Luanda Memorandum of Understanding. They also shunned the second meeting of the Ad-hoc Commission on the Luanda MoU which had been scheduled for November 18 in Kampala and the country’s government officials have maintained propaganda against Uganda on social media.

The source reveals that Rwanda’s failure to cooperate is deliberate and well orchestrated to provoke Uganda into war and this he says is backed by Kigali’s latest acquisition of an air defence system and the tactful occupation of the Democratic Republic of Congo ( DR Congo) by Rwanda Defence Forces (RDF).

The source also revealed that Rwanda approached DR Congo’s President Félix Tshisekedi to allow RDF inside the Congolese territory under the guise of fighting Democratic Forces for the Liberation of Rwanda (FDLR) rebels and other armed groups said to be hiding in the jungles of the mineral -rich country, but the Rwandan forces have severally been accused of killing indegenous Congolese and provoking the ongoing unrest in Eastern DR Congo.

“They sometimes use ADF as mercenaries against the Congolais. Rwanda wants every Congolais (Congolese) to turn against MONUSCO (UN force in DR Congo) so the UN leaves and the RDF wrec havoc against neighbouring countries in the Great Lakes Region, using Congo as the base without the prying eyes of the UN,” the source explained.

Another source in the Rwandan establishment who says he does not support his country’s war pursuits in the region and operations against Uganda in particular, said acquisition of the Russian Mi-35 attack helicopters points to aggression against regional countries that Rwanda brands as ‘enemy states.’

“Of course they will claim that the buying of attack helicopters is to fight rebels in DR Congo, but the rebels have no air capacities. That capacity of Russian Mi-35 Attack Helicopters is a lot of  fire support to acquire in order to fight a mere negative force like a rebel group.  Rwanda is trying to match the capacity of Uganda’s strong Airforce,” he explained.

Asked why Rwanda would use proceeds from the sale of their national airline and airport to fighting instead of putting the money to better use, the source said:

“Tuko vibaya sana, you heard the Commander-in Chief (President Kagame), he said he would raise the cost of all countries he has branded enemy states.”

“The sudden acquisition of armament is a cause of concern to the entire Great Lakes Region, especially the countries with which he they (Rwanda) have provoked bilateral problems including Uganda, Burundi, and DR Congo. We cannot keep fighting everybody for more than 20 years. It is exhausting,” he further explained.

Another source in the diplomatic corridor has informed this site that the matter is also a cause of concern among members of the UN Security Council.

“Do not be surprised if the Americans issue a statement to that effect, urging Rwanda not to fight with Uganda,” the source said emphasizing that aggression against neighbouring states is a matter of great concern.

Efforts to get Rwandan authorities to comment on the developmemts were futile as each official contacted declined to comment requesting that they should not be mentioned in this story as having been contacted.

“Well, that is the state of affairs but please do not quote me,” a Ugandan official stated when contacted.