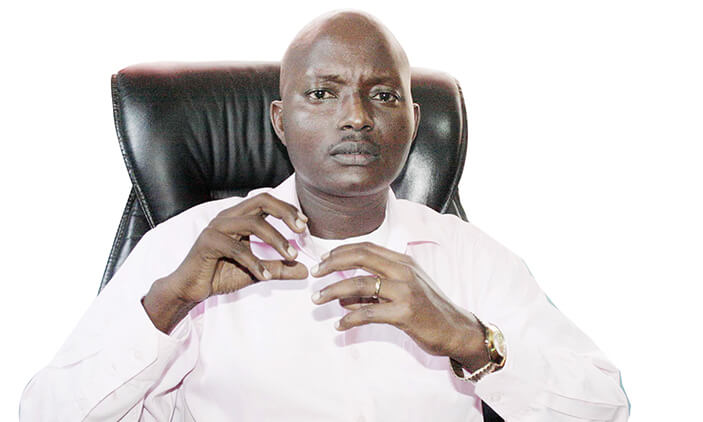 When Pastor Aloysius Bugingo’s estranged wife Teddy Naluswa Bugingo made a surprise visit at ‘their’ House of Prayer Ministry last Sunday, there was a universal sigh of relief and brief ululations.

Many assumed that the reunion with Pastor Bugingo, to whom she’s been married for the past 29 years, was to be sealed with a kiss. But when Bugingo ­ finally surfaced, he extended a limp handshake.

He looked nervous, uncertain and uninvolved. Teddy, who avoided eye contact, looked like she had come face to face with an apparition. There was no chemistry and their meeting only heightened the ongoing strife.

Bugingo later took to the airwaves to claim his wife was accompanied by gun-toting individuals who wanted to kill him and his congregation. Following Bugingo’s ‘revelations’, the consensus among sections of the public was that Bugingo has turned to jelly ­ fish and lack a spine! And instead of going all the way to make his marriage stable, he has started preparations for another wedding.

Plans to wed Suzan Makula Nantaba are underway, even before Pastor Bugingo has been granted a divorce. That he plans to leave the mother of his four kids in the cold and jump into bed with a mother of another man’s kid is the stuff that provides material for gothic movies.

Bugingo recently revealed that he plans to unveil his new bride to his followers during a convention he will host at Mandela National Stadium Namboole. Expecting a crowd of about 5,000 people, he will use the convention to make a big statement about his marital life. It will kick off with a procession, from Canaan Land which houses his House of Prayer Ministries.

However, it is not yet clear whether Suzan will be part of the procession, or will prefer to make a grand entrance into Namboole for her to be unveiled as the illegally wedded wife (imagining Bugingo will not have been granted a divorce by then).

The date is set and already cast in stone. Suzan will be unveiled to the congregation on October 08, 2019, at a time not yet known. Trust Bugingo not to stick to the regular script. ‑ this will serve as an introduction ceremony, although for once, it will be the groom introducing the bride to extended family and friends.

“I am going to show my new bride at our overnight prayers at Namboole Stadium. Please come with your brides and we celebrate them,” Bugingo said.