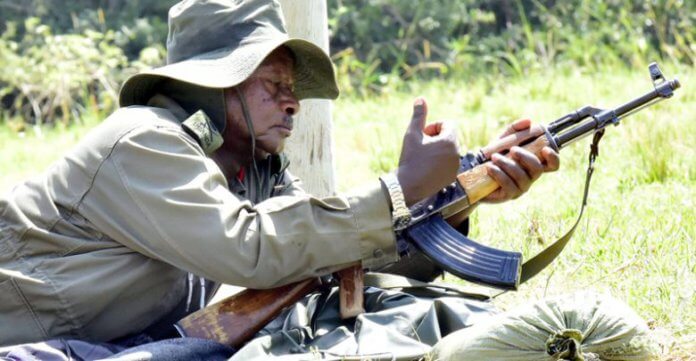 Speaking while addressing National Resistance Movement leaders in Kotido district, the Fountain of Honor stated that he will not allow anyone antagonize the countries stability for individual gains.

He added that opposition supporters must stop attacks on the ruling party supporters.

“Also, for those attacking NRM supporters, you will lose this appetite. You are entering a terrain in which we are experts. Desist.” The 5 star bush war general warned.