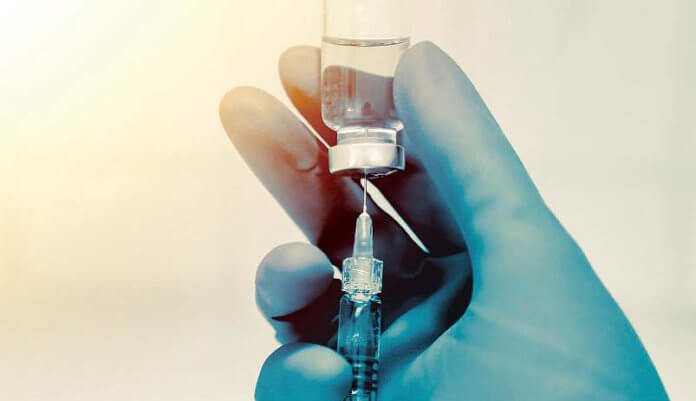 Uganda researchers are excited at the new results of a trial, which showed that an injectable ARV was highly effective in preventing HIV for two months.

On Tuesday, ViiV Healthcare, the US National Institute of Allergy and Infectious Diseases (NIAID) and the HIV Prevention Trials Network (HPTN) announced that an independent data and safety monitoring board had terminated the study after a scheduled review showed that the drug offered significant protection from HIV.

The trial, which was done in seven African countries, including Uganda, proved successful in protecting people from HIV over eight weeks for up to 89%. The study was carried out by the Uganda Virus Research Institute (UVRI) in Entebbe, Baylor Uganda in Mulago and Makerere University- Johns Hopkins University (MUJHU) research collaboration.

Elsewhere, the study was done in 20 sites across seven countries in sub- Saharan Africa: Botswana, Eswatini, Kenya, Malawi, South Africa and Zimbabwe. It involved 3,223 women, aged 18-45. Uganda HIV advocates welcomed the news, but called for action to speed up the availability of the product to Ugandans, cheaply and easily.

The director, ACTS 101 Uganda, Bridget N Jjuuko, said the fact that women can now have a tool to protect them from HIV without first asking for permission from their men, is very good news. “It typically emphasizes the “leaving no one behind” strategy in the HIV response.

However, it poses a lot of work ahead of us. We are still pushing to have Oral PrEP available to those who need it long after it was proved to work. This long acting injectable is an exciting addition to the options of HIV prevention tools available for young women. But we must work hard to have it available,” she said.

Sylvia Nakasi, the acting executive director of Uganda Network of AIDS Service Organisations (UNASO), called it a very exciting and much welcome development.

“This injectable will not only prevent HIV acquisition among women, but it will also address the ongoing challenge of adherence to oral PrEP, given that there will be no need for daily use. The enhanced adherence will automatically increase prevention among women, whose risk to HIV transmission is way high compared to men. Women will be empowered to prevent themselves from HIV and not depend on their spouses. It will also minimise the risk to genderbased violence in situations where the spouses are anti-condom use,” she said.

Nakasi was pleased by the fact that cabotegravir works better than the current oral PrEP, Truvada. The stigma associated with daily oral PrEP has affected uptake and adherence to it, she said. The injectable PrEP will be convenient to use as well, Nakasi added. She called on stakeholders to expedite the roadmap to actualizing the roll-out of the injectable ARV.

“In some countries like Malawi and Kenya, stakeholders’ engagements around product introduction for the Ring have started, unlike here in Uganda. Our appeal to our Government and donors like PEPFAR and Global Fund is that this is the time to start walking the talk to have our women access the most needed HIV prevention options that are discrete and effective if we are to end AIDS as a public threat, come 2030,” she said.

The United Nations Programme on HIV/AIDS (UNAIDS) also welcomed the news of the study.

“These results are hugely significant. UNAIDS has long been calling for additional, acceptable and effective HIV prevention options for women, and this could be a real gamechanger,” said Winnie Byanyima, the executive director.

She called on donors and countries to invest in rolling out access of this injectable PrEP to women at higher risk of HIV. The World Health Organisation (WHO) welcomed the news but explained that before carbotegravir becomes available to people outside the HPTN 084 study, the trial results will have to be fully reviewed and submitted to a stringent regulatory authority for approval. After that, the manufacturing capacity will have to be developed.

Safety studies in adolescents and among pregnant and breastfeeding women will be needed. Also, openlabel extension studies will need to be considered to understand the most effective and acceptable implementation approaches.

The trials were sponsored by NIH, in partnership with ViiV and the Bill & Melinda Gates Foundation. This story was done with support from the Democratic Governance Facility (DGF). The trial showed a clear protective benefit from the drug, cabotegravir, with an 89% risk reduction.