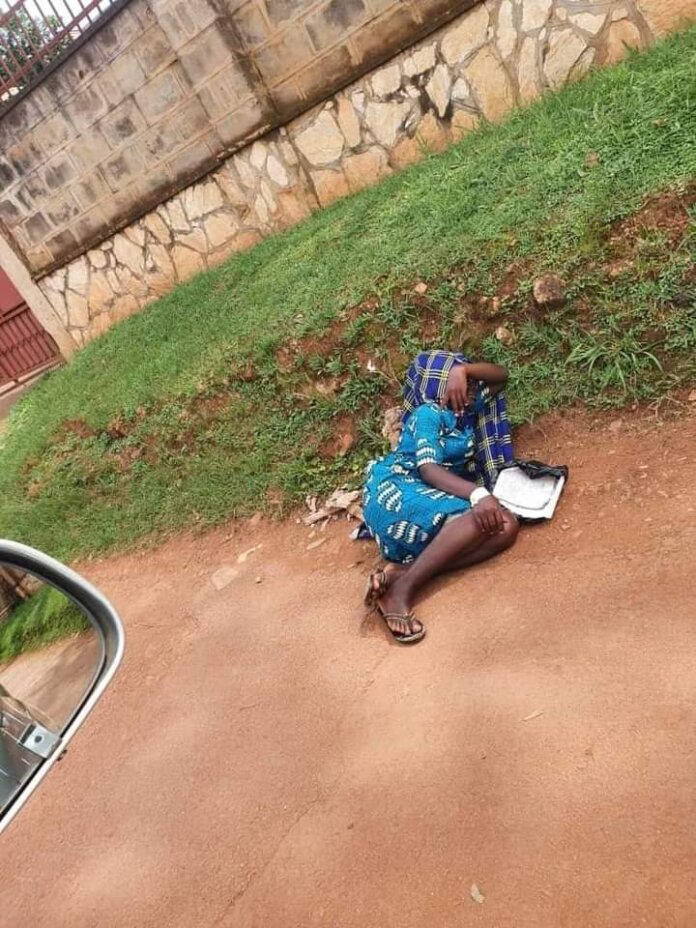 “Yesterday i had an experience at around 1pm on Bulabira Road in Najjera. I nearly fell victim to a con woman. As i drove along, I notice someone lying by the road side, covered with a ‘leesu’ but evidently her hand had a canulla.

I really thought she was drunk during the day, until i saw her hand as i dodged knocking her. I stopped and went to her and all she said was to check a paper in her hand. It was a clinic prescription pad with 150,000 shillings written on it.

The lady said she had been denied treatment because she couldn’t afford. She was visibly shaking, low voice, crying tears, it seemed so real. I told her i would give her the money. I asked her if she could try to sit on a boda and she said she would.

She started to appreciate and blessing me for the help rendered. My car was full with kids so i couldnt take her myself. So as i get my wallet from the car, a random passerby stops and asks the lady if she was the same lady in mengo earlier that day and the sick lady immediately said she’s not the one.

The passerby walks away and returns a minute later as we are helping the lady onto boda with other bodas who stopped. This time he is with a man who says he had been conned of 250k by the same lady in town. The guy said he even put her on a taxi and a few metres after she saw the woman disembarking and jumping onto a boda.

This “sick” lady denied but in denying even her full strength came back and she started to defend herself as she stood upright. So turns out, this is her game. I was lucky that coincidentally someone she had conned once was passing by.

Bodas gathered and started asking what was going on, I just got into my car and left. I feared she would be mob justiced if i explained to these boda men. She also jumped on another boda and disappeared.”