Home Politics REVEALED: Why Museveni is having sleepless nights over Barbie Kyagulanyi 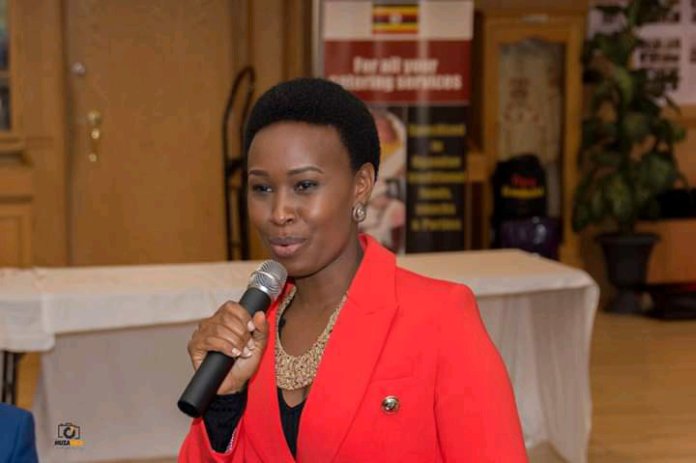 President Yoweri Kaguta Museveni has been in leadership since 1986 upto date. And he is still campaigning for another term come 2021 General elections.

Byanyima played a big part in campaigning for Besigye, she was on the ground making sure all things are well with Besigye. But as time went on, Wnifred Byanyima started skipping and missing Besigye’s campaigns.

According to a political Analysit Mayanja Fazir, he revealed through his YouTube Channel that President Museveni played a key role in making sure that Byanyima gets employed at Oxfam International, and also as the Executive of UNAIDS.

Meaning that the support of Byanyima was boosting Besigye, despite him being influential and powerful among the Ugandans.

Currently there is a young, energetic and determined young man from the Ghetto by the name Robert Kyagulanyi ssentamu alias Bobi Wine. Who is giving Museveni Sleepless nights, and who is also going to face him in the 2021 Presidential General elections.

Now, why is President Museveni having Sleepless nights over Barbie Kyagulanyi. For those who don’t know, Barbie Kyagulanyi has been on the grounds campaigning for Bobi Wine. Apart from Bobi Wine being powerful, Barbie is also very powerful among the Ugandan Youths especially the young women.

Barbie Kyagulanyi had a Children caring centre, which was helping Children affected with HIV/AIDS, Drug Addicts and the Opharns. But President Museveni called off Barbie project to the Community, and he also reffered the Sponsors to the Project as Terrorists.

According to Mayanya Fazir, he revealed that Barbie is becoming very powerful, Influential and an Inspiration among the Ugandan womens. Because the woman is down to earth and she is so friendly, making it easier to socialize and work with people.

So whoever’s is saying that Bobi Wine is keeping his family away from Politics, all these people are now lying. The fact that Barbie is there in the trenches with her Husband, It is a very big sign to anyone who has been doubting the struggle, that the days of Museveni are now numbered