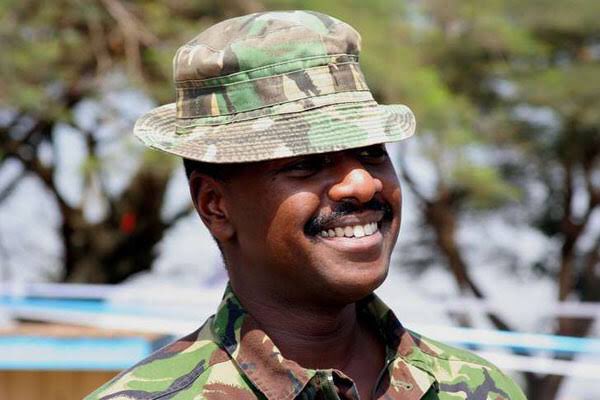 Muhoozi Kainerugaba the Uganda’s the first son and also doubling as Senior Presidential Advisor in charge of Special Operations clocked 45 Years yesterday. Many Ugandans took to social media platforms including twitter and Facebook to wish him a prosperous life.

Muhoozi was born on 24th April 1974 in Dar es Salam the capital of Tanzania to Yoweri Kaguta Museveni the president of Uganda. He is so much praised by his work mates for his good heart and great contributions towards Uganda.

Among the Ugandans who didn’t miss out on wishing Muhoozi a great birth included the CEO of Balaam Events organizer Balaam Barugahare who said “Happy Birthday 45 LT Gen Muhoozi Kainerugaba. No treasure compares to love a brother. Wishing you a wonderful birthday……”

Muhoozi who was recently promoted to Lieutenant General expressed gratitude and praised the lord for all bounties given to him including life and good health.

“I am grateful to the Almighty God for granting me another year” Muhoozi said. “I thank all my family, friends and supporters for the steadfast love and encouragement,” he added

Talking about his future aspiration, Muhoozi the first son said nothing will make him happier than serving his country as he has been doing for the last 25 years.

“My aspiration is to continue serving my country, just as I have done for the past 25 years.”

He advised the young generation to strive hard and be patriotic, loyal to Uganda and never follow fake politicians who could miss lead them. He cautioned the youth who are comprising almost 70% of Uganda’s population to take part in government programs so as to benefit and kick out poverty.

The young generation should strive to be patriotic. To be loyal to Uganda and never sacrifice its independence and great history of national struggle for anything”