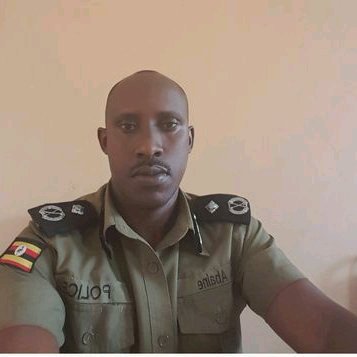 RPC Abaine is the police boss who shot and killed a Besigye supporter in Rukungiri district in the year 2017 before he was eventually transferred to Makerere University where he also tormented students who support the opposition.

Abaine, a sworn hater of the People Power movement from its inception has been in the spotlight in Masaka over his regular attacks on the NUP deputy leader for central, Mathias Mpuuga.

Just last month in the aftermath of the Free Bobi Wine deadly protests, Abaine individually instituted a raid on the residence of Hon. Mpuuga late in the night. With the aid of a crane, they destroyed Mpuuga’s residential gate before they entered and pepper sprayed his watch dogs.

Mpuuga sought solace in the master bedroom where he he was secured by his dual door lock system. As a police officer loyal to the regime that saved him from detention after murdering a young man in Rukungiri.

Abaine finds it right to fight hard and maintain this state in power for he does not want to be apprehended over his bloodstained record. 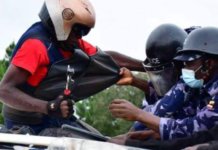 “Your time is Out” Bobi sends a strong message to M7 as Ashraf Kasirye & NTV journalist get shot in Masaka.