Home International News Kagame: “We are not a country to be played with, we can... 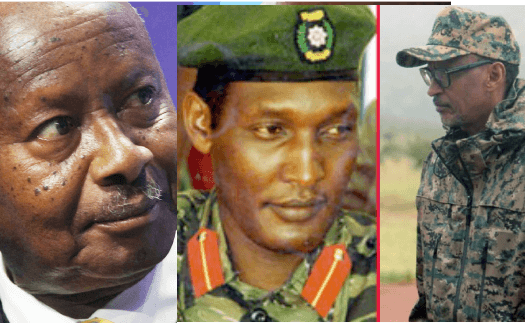 In a bid to show his popularity Kagame embarked on a three-day tour in Northern & Western Provinces of Rwanda. These areas were earlier on declared independent from the Kigali government after rebels capturing power from the Rwandan defense forces.

Kagame is in high moods after his security and intelligence forces captured a Rebel leader known as Sankara Callixte who Kagame accused of bending towards destabilizing peace in Rwanda.

“We are not a country to be played with” Kagame talked boldly, “We have seen what lack of security has done to our country and we will never allow it to happen again” He added.

This message is claimed to be directed to Rwandans in the diaspora especially those in Rwanda and Gen Kayumba Nyamwas his Nemesis based in South Africa.

Kagame labeled them as barking dogs who can only make threats and afraid of risks or consequences which Kagame can inflict on them.

“There are some who choose to boast on the Radio and claim their ability to threaten our security,” Kagame said.

He added “But that is because they are speaking from other countries where they are far from the fire. If they get any closer to the fire, they will be burnt”

The captured rebel Sankara is in a highly secretive place which currently very hard to trace. He was using radio communication to give out orders to FLN rebels to topple the Kigali government.