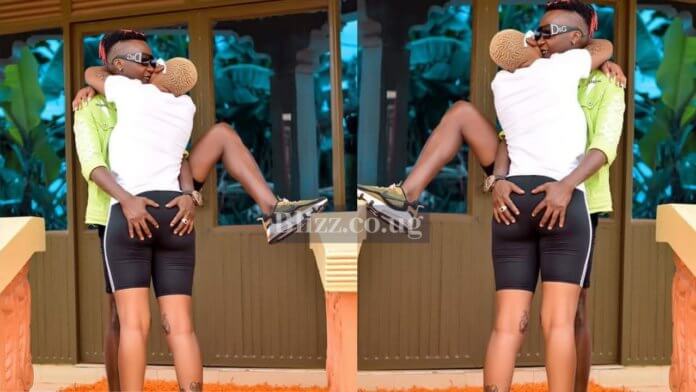 Given his strong and energetic music performances, its saddening for one to dispute the too much romance and affection that the most electrified stage performer has for the female gender.

While hugging warmly and smooching her behind, Kabako has thrown revelers into mixed reactions as he aerated bachelors with enough courage and reason as to why they need to get off the hook and find partners.