Home Politics How the world reacted to Bobi Wines Arrest 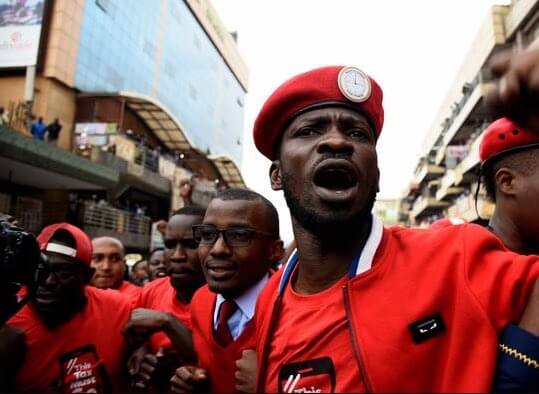 Tension ensued after police blocked a procession led by Bobi Wine at his One Love Beach in Busabala. Bobi Wine was arrested and whisked away by a police van to an unknown destination.

Police forcefully opened the car in which the MP was driving, breaking his window and pulled him out. However, singer Nubian Li who was with him in the car was not arrested.

The International community and Ugandans in diaspora showed their grievances and anger on social media. Some where condemning the Police brutality and unfairness and others gave words of Encouragement to H.E Bobi Wine.

Bobi Wine is among the most prominent critics of Uganda’s longtime President Yoweri Museveni, and authorities have repeatedly blocked him from performing public ally.

Young Ugandans have recently been energized by the singer-MP, who has become a thorn in the side of the government through his songs about social justice.