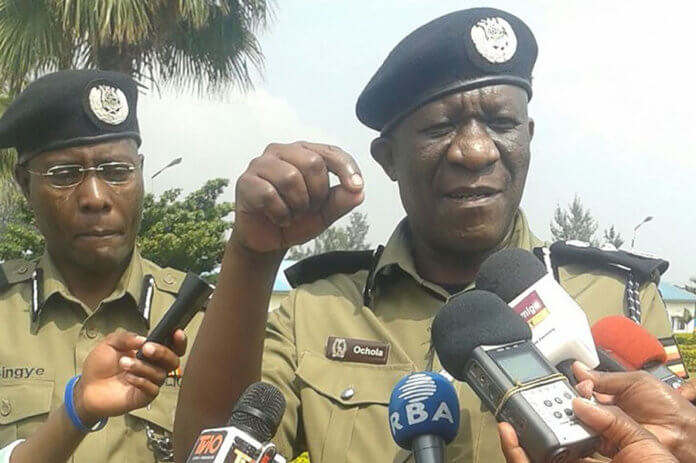 The money is believed to have been taken by high-ranking Police officers, including Assistant Inspector Generals of Police (AIGPs) between 2015 and 2017, according to a new report by the Auditor General (AG).

The funds, believed to be in excess of sh150b, were stolen from the classified fund’s vote of the Police, impeccable sources told our reporter.

Without divulging the identities of the implicated officers, the source said: “Most of the requests for money were made by senior officers, including AIGPs and unit commanders that are still serving. They took the money under the guise of monitoring suspected terrorism threats, intelligence gathering, procurement, and monitoring crimes within the country without the knowledge of Police leadership then.”

The issue of forged signatures is backed by a handwriting expert report, according to the source.

“In one of the withdrawals, a top official took sh800m using a handwritten requisition chit,” said the source, adding; “In another case, sh50b from the classified the budget was siphoned in a similar manner within a year, according to the AG report.”

The source, however, revealed that some of the implicated officers have since retired. The development comes days after the Inspector General of Police (IGP) scrapped five directorates in a move, according to Police insiders, aimed at streamlining
command and control in the force.

Money stolen after terror threats Investigations shows that the money was misappropriated 12 months after the heightened terror threat period.

The Police’s Strategic Policing Plan 2015 /16 -2019/20 on incidences of terrorist threats and attacks in Uganda indicates that the recorded terror threats happened between 2010 and 2014, a year before the said funds were allegedly misappropriated.

According to the Policing Plan, there were 14 actual threats, most of which caused the Kampala US embassy to raise a red flag, warning its citizens in the country.

A source in the AG’s office, who spoke to US on condition of anonymity, said:

The Police have since remained tight-lipped on the matter. However, a highly placed the source said: “Such matters are first discussed by the Police top stakeholders, headed by the Internal Affairs minister, Gen. Jeje Odongo, who then agree on a way forward.”

Increased funding Over the years, funding for policing services has gradually grown, from sh86.4b in the financial year 2005/6 to sh527b in 2015/16, an increase of 514% over the ten years. The recurrent expenditure growth is largely attributed to the expansion in the Police establishment that increased from 18,705 personnel to 44,601, a growth of 129% over the same period. 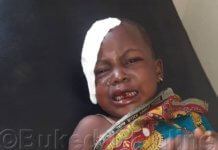 HIT & RUN: Police patrol speeds off after knocking down 3 yo infant