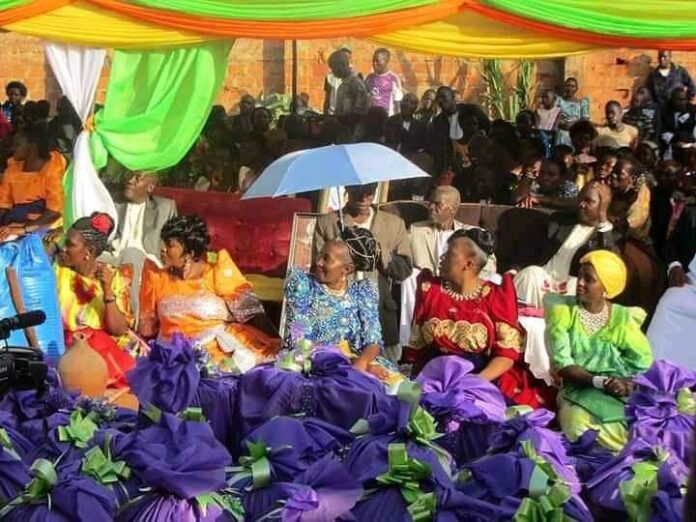 Drama as a man walks out of Kwanjula ceremony, citing to much extortion and Unnecessary fines from the bride’s family

He says he paid Ugx 1,200,000 to cater for food, tents, chairs and a public address system. He was also made to set aside Ugx 1,800,000 to pay his bride price that the two families had agreed upon.

Having impregnated the lady before paying dowry, Kivumbi was told to add Ugx 600,000 in fine to the initual bride price.

Before all that, Kivumbi had been slapped with another UGX 300,000 fine for making a detour to the wrong path and ended up into a different homestead instead of the girls’.

Having gotten late a little bit, he was told to pay Ugx 50,000 to appease the elders who had got tired waiting for his arrival. He had reached at 3pm yet they expected him at 2pm.

Drama, however, ensued when twelve girls were paraded in a line, in his front, covered in “leesu” from head to toe and Kivumvi was asked to guess who his fiancée was. He pointed to the wrong woman, leading to yet another fine of UGX 50,000.

The decisive moment, specifically, was when elders demanded UGX 1,500,000 used on the girl’s school fees and childhood upkeep.

Fumed with anger, a furious Kivumbi excused himself to visit a nearby latrine and left. He switched off his phone and was last seen jumping into a taxi headed to Kampala

They waited for Kivumbi until 8pm and he was no where to be seen. One by one, the guests started leaving the tent to go home!